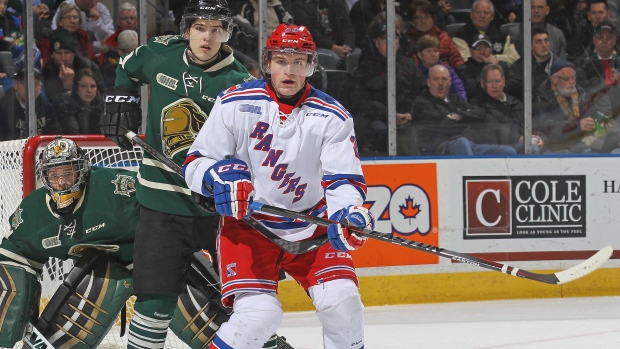 According to Craig Custance of The Athletic, 2016 second-round pick Adam Mascherin has informed the Florida Panthers he will not sign with the team, allowing him to re-enter the draft in June.

Custance reports Panthers general manager is now trying to trade the rights to the 19-year-old in order to get a return on his draft selection. The deadline for a team to sign Mascherin before he becomes eligible to re-enter the draft is June 1.

Mascherin, selected 38th overall in the 2016 draft, has 40 goals and 86 points in 67 games this season with the OHL's Kitchener Rangers. He sits ninth in the OHL in points and seventh in goals this season.

A native of Maple, Ont., Mascherin ranked third in the OHL in scoring last season with 35 goals and 100 points in 65 games.

He was named to Canada's world juniors summer roster last June, but failed to make the team for the 2018 tournament.