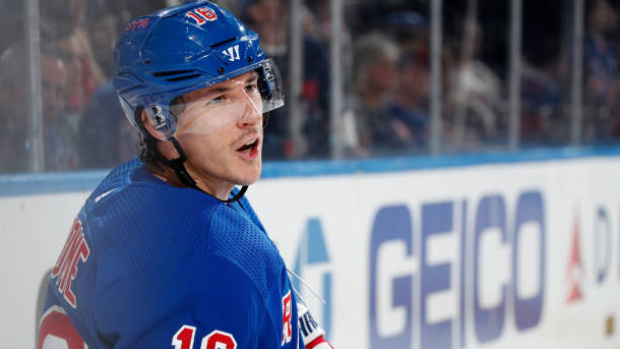 According to Larry Brooks of the New York Post, restricted free agent Ryan Strome requested a one-year, $5.7 million contract in his arbitration brief Tuesday, while the New York Rangers countered at $3.6 million on the same term.

Strome, who is scheduled for arbitration on Thursday, posted 18 goals and a career-high 59 points in 70 games this past season. He added two assists in three games during the NHL's Return to Play.

The 27-year-old centre is coming off a two-year contract which saw him carry a cap hit of $3.1 million Should the arbitrator award Strome a salary above $4.54 million, the Rangers will have the option to walk away and make Strome an unrestricted free agent. For this year only, however, Strome would then have the option to accept the Rangers initial arbitration ask ($3.6 million) within four days of the ruling.

Selected fifth overall by the New York Islanders in the 2011 NHL Draft, Strome was traded to the Rangers early in the 2018-19 season from the Edmonton Oilers in exchange for Ryan Spooner.