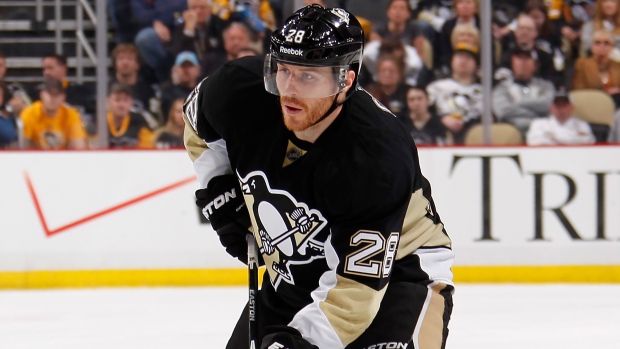 The 28-year-old has been scratched in three consecutive games by the Penguins, which, according to Mackey, is due to the team making sure he stays healthy for a move.

“Any time as a hockey player you’re not playing hockey, it’s tough,” Cole told the Post-Gazette Monday. “It’s disappointing, annoying, [ticks] you off, aggravating, whatever word you want to use to describe it. Maybe it’s all of the above. It’s one of those things where you want to try and get in as soon as possible, however that works out.”

Cole owns one goal and three points in 20 games this season with a minus-5 rating.

According to Mackey, the Toronto Maple Leafs, Vegas Golden Knights and Colorado Avalanche appear to be interested in the defenceman, who carries a $2.1 million cap hit for the remainder of the season. He believes the Penguins are likely looking to acquire scoring help as part of their return in a deal.

TSN Hockey Insider Bob McKenzie weighed in on the situation Tuesday, pouring some cold water on the rumour Cole is a sure thing to be traded.

"I am not as convinced as some that PIT trading D Ian Cole is a foregone conclusion. It absolutely could happen - he’s a healthy scratch, on the outs with coach Mike Sullivan - but IMO it’s not guaranteed he gets traded," McKenzie wrote on Twitter. "This isn’t first time in PIT Cole has been healthy scratch and on outs with coach. In previous instances, he got back into the lineup. If the right trade isn’t there, I wonder if (getting back into lineup) could happen again."

McKenzie also cast doubt on the Penguins rushing to move Cole because he's playing on an expiring contract. Instead, the Penguins are simply looking add a key piece back who can better their team in the present.

"I don’t believe for a minute PIT is worried about losing Cole, a pending UFA, for nothing in off-season," McKenzie added. "PIT is in biz to win the Cup, doesn’t worry about UFAs walking (see Kunitz, Bonino, Cullen, Hainsey etc). If he’s traded, that won’t be the reason. The return will be."

Anyway, that’s my take, FWIW. Cole absolutely could be traded but it has to be for right offer. Those are easier said than done sometimes. If PIT thinks it’s in its best interest to trade him, they will. If they think it’s in best interest to put him back into lineup, they will.

Cole is a veteran of 358 career NHL contests with the St. Louis Blues and Penguins. He owns 16 goals and 80 points in his career. He has played a key role in each of the past two postseasons as the Penguins have won consecutive Stanley Cups. He posted nine points in 25 games in the 2017 playoffs, averaging 18:50 of ice time per game.