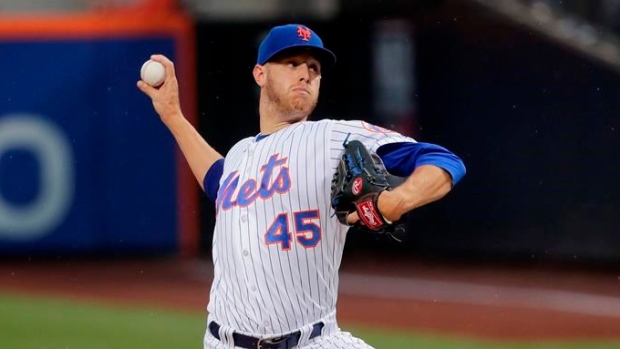 The Philadelphia Phillies have entered the Zach Wheeler sweepstakes and are seen as a "top bidder" according to ESPN's Buster Olney.

Olney adds with right-hander Jake Arrieta entering the final year of his deal, the Phillies have both payroll flexibility and a desire to add starting pitching heading into this winter.

In addition to the Phils, the Cincinnati Reds, Chicago White Sox and Texas Rangers have shown interest in Wheeler, reports Olney, adding many in the industry view him as the best "second tier" starter available on the free agent market this off-season.

Jon Heyman of the MLB Network reports these teams are all likely in on the bidding at $100 million plus over five years. Heyman also says the New York Yankees are "in touch" but are more focused on Stephen Strasburg and Gerrit Cole. The Athletic's Ken Rosenthal reported on Tuesday the Toronto Blue Jays are another team to have shown interest in the 29-year-old righty.

Phillies are definitely a player in Zack Wheeler derby now. Reds, White Sox, others also in. All likely in at least at $100M/5. Question is how much over $100M it will go (6th year?). Yankees in touch but more focused on Cole/Strasburg. @Buster_ESPN 1st linked Philly/Wheeler

Rosenthal also reported that the Yankees are meeting with both Cole and Strasburg this week in California prior to the start of the winter meetings next Monday.

Wheeler was solid in 2019 for the New York Mets, posting a record of 11-8 with an ERA of 3.96. He has spent his entire five-year big league career with the Mets.

He is the No. 5 player available on TSN's Top 50 MLB free agents board.