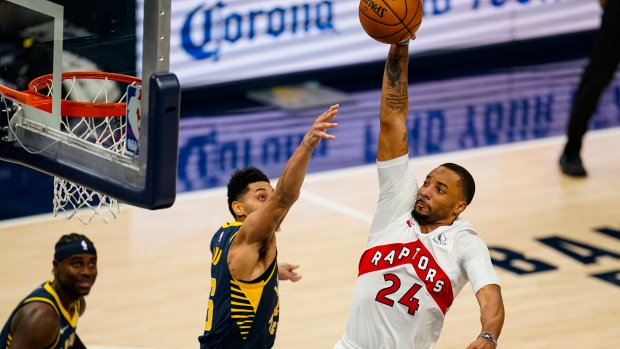 Powell is eligible to become a free agent after this season if he declines his player option.

The guard has increased his scoring average every season since Toronto acquired his draft rights in 2015 after Milwaukee selected Powell in the second round. He is averaging 19.6 points per game this season and is shooting 49.8 per cent from the field.

Trent is a free agent after this season and Hood's deal for next season is not guaranteed. The 22-year-old Trent is third on the Blazers in scoring, averaging 15 points. The 28-year-old Hood is averaging 4.7

Trent's father, Gary Trent Sr., also was traded to Toronto from Portland in the Damon Stoudamire deal in 1998.

The Raptors (18-26) snapped a nine-game losing streak with a win over Denver on Wednesday. They are 11th in the Eastern Conference standings.

Because of their positioning, there also has been speculation star point guard Kyle Lowry could be dealt before the deadline. He is a free agent after this season.