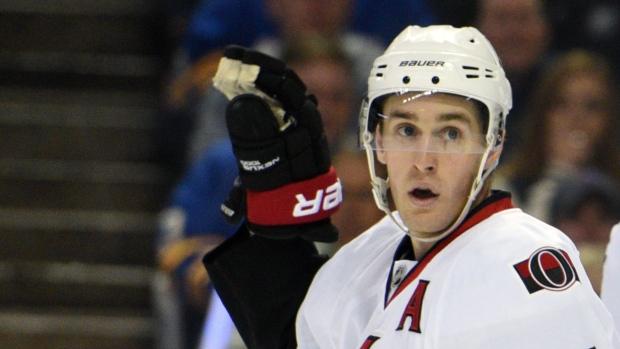 The Nashville Predators may have to wait a few days before they see their new forward in action.

Kyle Turris is going through the immigration process and does not expect to be avaliable Tuesday night when the Preds take on the Columbus Blue Jackets.

"I'm not sure how long the immigration process is going to take," Turris told Robby Stanley of NHL.com.. "[Depends] on how that goes. I'll definitely be in Nashville by middle of this week for sure and hopefully get a few practices in before the game on Saturday."

If he does miss Tuesday's game, he is expected to suit up Saturday against the Pittsburgh Penguins at Bridgestone Arena.

Turris was traded in a three-team deal Sunday night involving forward Matt Duchene going to the Ottawa Senators and a package of young talent heading back to Colorado.

Upon completion of the trade, Turris signed a six-year, $36 million extension in Nashville. TSN Hockey Insider Pierre LeBrun reports that the deal does not involve a no-trade clause.

Kyle Turris' six-year extension in Nashville does not include a no-trade clause, FYI

In 11 games so far this season, Turris has three goals and six assists. The 28-year-old was selected in the first round (No. 3 overall) of the 2007 NHL entry draft.