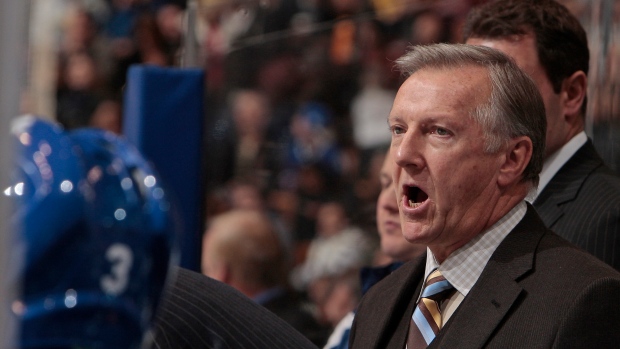 Ron Wilson is returning to the hockey coaching ranks, but it's not going to be in the pro game.

Wilson was named head coach of the 2016 U.S. national junior team on Thursday.

"It is always an honour to serve as head coach for the United States," said Wilson. "The world junior championship has evolved into one of the great events on the hockey calendar and with so many highly-skilled players in USA Hockey's player pool, expectations have never been higher."

Wilson, a veteran coach of 1401 NHL games with the Anaheim Mighty Ducks, Washington Capitals, San Jose Sharks and Toronto Maple Leafs, has been out of hockey since his dismissal from the Leafs in March of 2012.

Though never having coached at the junior level before, Wilson, 60, is far from a stranger of international competition.

The 2016 World Junior Hockey Championship will be held in Helsinki, Finland. The US will be looking to improve on this year's tournament that saw the Phil Housley-coached team bow out at the quarterfinal stage against eventual runners-up, Russia.