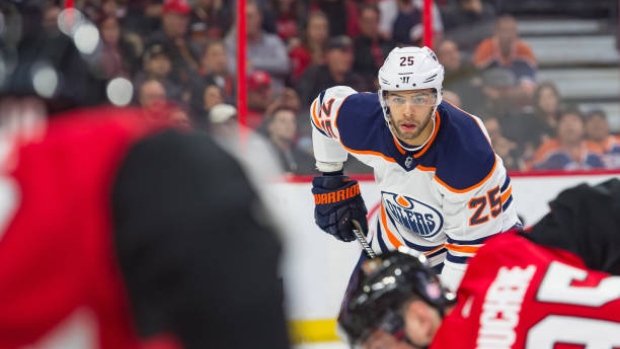 Maple Leafs winger William Nylander has said he wants a long-term contract from Toronto. Oilers defenceman Darnell Nurse indicated last week he doesn't mind if he gets a bridge deal or one that stretches five, six or seven years from Edmonton.

While the Calgary Flames removed one name off the list of restricted free agents when they inked blue liner Noah Hanifin for six seasons on Thursday, a number of key young players remain unsigned with NHL training camps set to open in less than two weeks.

"Of course I want long-term," Nylander said back in early August. "That's what I want to do, but we'll take it slow, day by day, and see what happens."

Negotiations between a club and a restricted free agent can be a delicate balancing act. The team wary of overpaying might want a shorter term to get a better read on talent before committing, while the player is often looking for a longer agreement and more security.

But a short-term deal could come back to bite a club if a player exceeds expectations and wants an even richer contract in the next round of negotiations. At the same time, a longer initial deal usually removes some early prime years of a player's potential unrestricted free agency.

A player might also regret a relatively cheaper long-term deal a few years down the road if he's locked in and sees others with similar outputs or skill levels making significantly more money.

And then there's the salary cap and what teams can afford now, and what they project the limit will be in the future.

"It doesn't matter to me," Nurse said earlier this week when asked about his preference between a long- or short-term contract. "Either way I've got a lot to prove still."

Players and agents no doubt look at what other teams have agreed to with their own young players cut from a similar cloth when in the midst of a negotiation.

One comparable for Nylander could be Jets winger Nikolaj Ehlers, also 22, who signed a seven-year, US$42-million deal last October after a 64-point campaign. His new contract kicks in for 2018-19.

Nylander has averaged 0.73 points per game in his career compared to the 0.69 that Ehlers has put up.

"That's between my agent and (Leafs general manager Kyle Dubas)," Nylander said a month ago. "I'm waiting to see what happens."

All told, Nurse has 14 goals and 33 assists in 197 career contests with Edmonton.

"It's a funny process. It's very educational," Nurse said this week in Toronto of the ongoing talks. "I'm learning a lot going through this.

"It takes time. I have a lot of faith I'll be there at camp."

Morrissey, meanwhile, had seven goals and 19 assists in 81 games with 20:27 of ice time per night in 2017-18. The 23-year-old's stock rose even higher in the playoffs as the Jets made it to the Western Conference final.

Hanifin's new deal worth US$29.7 million over six years — with an annual value of $4.95 million per season — could be used as one of the measuring sticks for both Nurse and Morrissey.

Acquired by Calgary in the Dougie Hamilton trade from the Carolina Hurricanes back in June, Hanifin had 10 goals and 22 assists in 79 games last season. The 21-year-old averaged just under 19 minutes of ice time.

Nurse said he's been keeping tabs on everything during his negotiation with Edmonton.

"Anyone who's going through this process has a pretty good eye for what's going on," Nurse said. "I like to stay pretty involved in everything."

He's also not overly concerned about being with his teammates the first day of camp on Sept. 13, even though the clock is ticking.

"There's a lot guys that aren't signed yet. It's not just me," he said. "It's kind of weird how it's gone. I'm just going to wait and see how it plays out.

"I know at some point I'll be playing in Oilers colours."