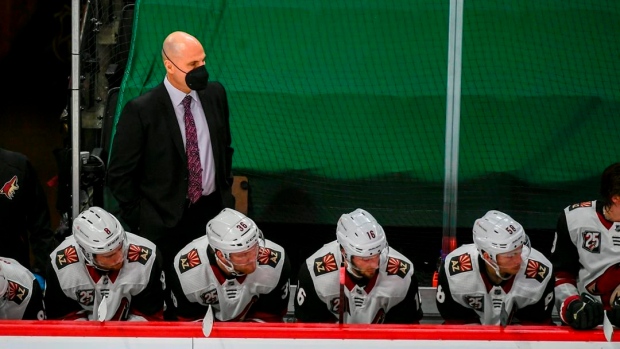 Rick Tocchet will be interviewing for the head coaching jobs with the New York Rangers and expansion Seattle Kraken, according to multiple reports.

The news comes a week after the Arizona Coyotes announced that the team and Tocchet were parting ways after missing the playoffs for the seventh time in eight seasons.

Tocchet has interviews lined up with both expansion Seattle as well as the Rangers, sources confirm.
Not surprising. https://t.co/EEFSlaW6OC

Tocchet was a tough-nosed player during 18 NHL seasons, winning the Stanley Cup with Pittsburgh in 1992. He spent two seasons as Tampa Bay's head coach and won two Stanley Cups as an assistant at Pittsburgh before being hired by Arizona in 2017.

The 57-year-old was hired in 2017 to guide a middling team that hadn’t been to the playoffs since the 2012 Western Conference Final.

The Coyotes made playoff pushes in Tocchet's first two seasons and got into the post-season last year when the NHL expanded the field in the pandemic “bubble” environment.