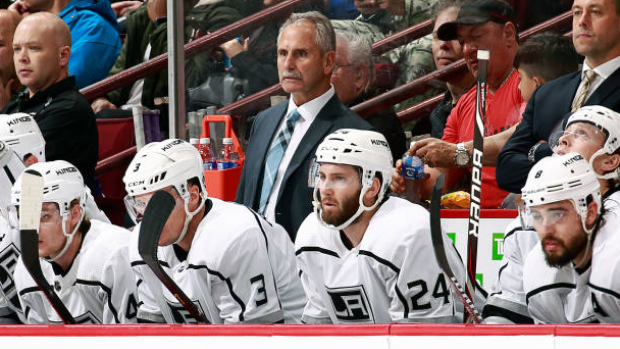 In the letter, which was published Tuesday night by LA Kings Insider Jon Rosen, Robitaille said the Kings "will continue to relentlessly pursue and develop talent to become a team that is capable of winning in today’s NHL."

"This is a move that obviously prepares for the future and going forward, and we’ve got a draft pick and some younger prospects in return, and whether it was now or at the deadline, it’s what we’ve been focused on here for a while, and this was one we got done here today," Blake said Monday night.

The Kings sit last in the Western Conference this season after being swept in the first round of the playoffs last spring by the expansion Vegas Golden Knights. The team fired head coach John Stevens after a 4-8-1 start to the season, but have shown little improvement under interim head coach Willie Desjardins.

We entered this season with high expectations, however our results have been absolutely unacceptable.

Today we began a difficult but necessary step for our franchise. As we move forward, we will continue to relentlessly pursue and develop talent to become a team that is capable of winning in today’s NHL.

We are deeply grateful to all of the players and coaches that have helped us achieve our goals to date. We will never forget, or minimize, their tremendous contributions during what has been the most successful era in LA Kings history.

Moving forward, we will diligently and tirelessly work to execute our vision. Our goal is to deliver a performance worthy of your amazing support and loyalty — and most of all, bring the Stanley Cup back to Los Angeles.