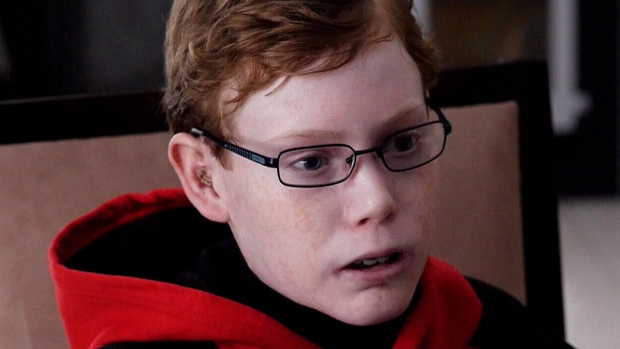 The Ottawa Senators will honour Jonathan Pitre by renaming their development camp award for the hardest working player after the courageous young man who passed away last week.

Sens general manager Pierre Dorion credited a fan for coming up with the idea.

Pitre passed away last week at the age of 17 after a life-long battle with Epidermolysis Bullosa (EB), a rare genetic skin condition.

Pitre’s relationship with the Senators dates back to November 2014, when he signed a one-day contract to join their pro scouting department. He remained in contact with members of the team and received a visit from the entire roster while the team was Minnesota last year.

Last Friday night, Senators honoured Pitre, with a sticker on the backs of their helmets adorned with a butterfly along with the initials JP.

"He was someone that exudes the words character and determination," Dorion said last week. "What he had to go through on a daily basis just shows us that life and the bigger picture is way more important than anything else."