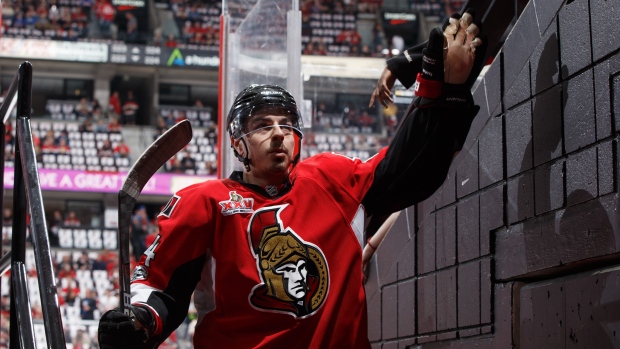 The Ottawa Senators are embracing their status as the lone remaining Canadian team in the Stanley Cup Playoffs and will a Canadian flag decal to the back of their helmets.

The Senators will be debut the look on Friday night in Game 4 against the Pittsburgh Penguins and keep the decal for the remainder of the postseason.

Sens players sporting a Canadian flag sticker on their helmets for the 1st time pic.twitter.com/4riZIq3MAz

“As the last Canadian team standing in the Stanley Cup playoffs, we want to show our appreciation to everyone across Canada for their support,” Senators owner Eugene Melnyk told the Ottawa Sun. “It’s an honour to have the Canadian flag on our equipment and say thank you!”

The Senators are the first Canadian team to reach the conference final round since 2014, when the Montreal Canadiens reached the Eastern Final.