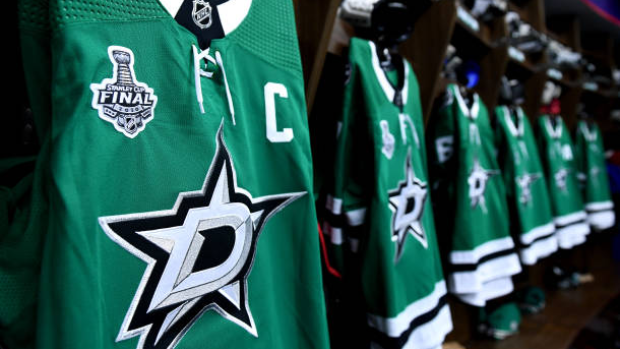 The league said it is in the process of reviewing and revising the Stars’ regular season schedule with the expectation that the team will not open its 2020-21 season earlier than Tuesday, January 19.

The Stars cancelled practice earlier on Friday, but did not comment on why the team's practice was cancelled.

The Stars are currently scheduled to begin their season next week, facing the Panthers in back-to-back games in Florida starting Thursday. Dallas is scheduled to play the Tampa Bay Lightning in their fourth game of the season on Jan. 19.

The Stars cancelling practice came prior to the Columbus Blue Jackets announcing Friday that a number of players would be held out of the team's scheduled practice out of an abundance of caution and in accordance with NHL COVID-19 protocols, per a press release.

CLUB STATEMENT:
The Columbus Blue Jackets have held a number of players out of today’s scheduled practice out of an abundance of caution and in accordance with NHL Covid-19 protocols.

According to The Athletic's Aaron Portzline, only 21 players skated Friday. There are currently 41 players on the Blue Jackets' camp roster.

Below is a conversation from 7-Eleven That's Hockey between host Gino Reda and TSN Hockey Insider Pierre LeBrun on what the next steps are for the league regarding the current situation:

Reda: What kind of fallout can we expect from today’s news not only from the Dallas Stars’ perspective but from the league as a whole moving forward?

LeBrun: Well listen, if anyone wanted to listen the league had warned everyone in the months while negotiating Return to Play that this would be a season like no other. In a sense that because games aren’t playing – or being played – in a bubble like there would be, in all likelihood, COVID-19 postponements. Now, did they think there would be one before the puck even dropped? I don’t know. But that’s where we are. Nimble. That’s the word that you hear within league offices. The schedule is going to change many times here for the rest of the year, unfortunately. Just like we saw in football this year. And that’s why within each team’s schedule there are some windows where games can be moved around and the second option is at the end of the regular season, the league has set aside an entire week where they can delay the playoffs and play some make-up games as well if they have to. So, keep that in mind as the schedule continues to shift around here.

Reda: How does the league decide when they allow the Stars to come back and play?

LeBrun: Well, they continue to do what they did in how they got to shutting down their practice facility which is that they speak to their medical experts. With the Players’ Association, with the league, they spoke to their doctors and said okay, here are our protocols, let’s get your advice, it’s time to close this down. And every day as the testing continues, they see where the numbers are. If the numbers start going down, then you get closer, obviously, to re-opening the Stars’ facility. If the numbers keep going up, then it stays closed longer. But again, in consultation with the medical professionals. The bottom line is there isn’t a set number of days as much as making sure you test every day and see where things are.

Reda: What if this continues to happen and some teams can’t play the full 56-game schedule?

LeBrun: I asked that question to a league source today and the answer is that, for now, they plan on having every team in the league play 56 games. Again, going back to that flexibility in terms of having to reschedule make-up dates. But if some teams can’t play 56, and let’s face it. That is a possibility. The league at that point will decide how they handle it and all that. Now, last March, it went by points percentage to figure out the standings because teams had an uneven number of games played, but at this particular point, the league doesn’t want to have to make a decision on a hypothetical. They’re going to make a decision when they’re faced with one. So, for now I can’t answer that for you.