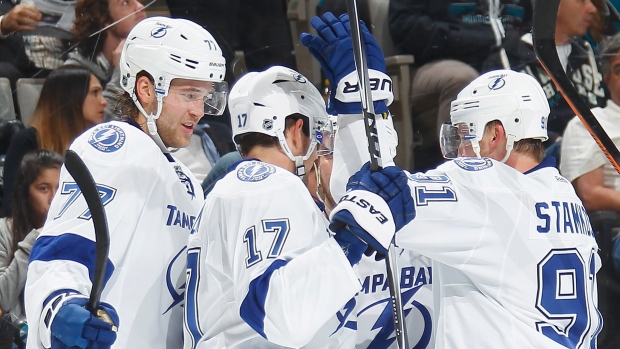 The biggest compliment you can pay a team is that they are without flaw. Perhaps the only recent example would be that of the 2007-2008 Detroit Red Wings – an oppressive even-strength team with sound goaltending, which has historically been the recipe to not only get into the playoffs, but to eventually hoist the Stanley Cup.

One of the things that I think gets overlooked about that Detroit team was just how exceptional they were on special teams. Their raw percentages were fantastic – they finished 3rd converting on the power-play (20.8%) and 8th converting on the penalty kill (84.0%). Their shot metrics on special teams were even more impressive – they generated the most shots on the power-play (105.8 per 60), and conceded the fewest (68.5 per 60). Through this season, it’s the best differential we have ever seen – and probably deserves more praise than it’s received in years past.

You’ll see that about ten of sixteen teams are fine here, with only two – Nashville and New York (I) – really running poorly at special teams. The Predators power-play appears sub-standard, whereas the Islanders penalty kill looks downright dreadful.

Still, this won’t tell us nearly as much as what’s going to happen as shot-metric analysis will. So, let’s pull out each team’s shot generation per 60 on the power-play, and shot-suppression per 60 on the penalty kill, and create a differential between the two. Does it tell us anything different?

Again, most of our playoff teams are on the right side of things, which is encouraging. Notably, the Red Wings – who appear to be special teams wizards – are near break-even, and the Predators – who appear to struggle there – are in the same exact boat. Boston appears to be the cream of the crop, with Winnipeg and Washington not far behind.

But, most interestingly are the Tampa Bay Lightning, a team that’s been beating the doors off of everyone at even-strength this year. Recall that the Bolts currently sit second in Score-Adjusted Fenwick% at 53.9%, which is highly indicative of sound future performance, with two dominant lines. It’s not a team we would ever expect to struggle on the power-play or penalty kill, but they have struggled; mightily.

Make no mistake, this is an area of significant concern for Jon Cooper’s team. Their -35.7 per 60 shot differential at special teams would be the worst number of any playoff club in the analytics era, which stems back to the 2007-2008 season. In fact, only four teams – out of 112 who have made it during this ‘era’ – have posted negative shot differentials in the double digits. None were even close to Tampa Bay 2014-2015. And, it’s not as if either unit is worse than the other on this front – the power-play is ranked 30th in the league, the penalty kill 29th.

Tampa Bay’s even-strength dominance is very much a trump card, and the fact that Steven Stamkos and Ben Bishop are two fantastic special teams weapons is obviously notable. Still, their individual skill may not be able to cover what seems to be an obvious systemic flaw – especially when the competition stiffens.