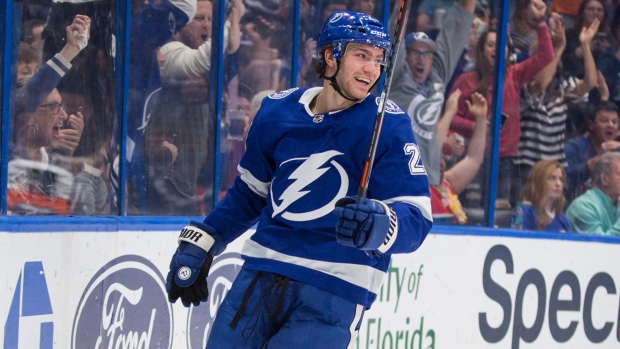 The deal will carry an average annual value of $6.75 million for Point, who will earn $9 million in the final year of the contract.

The 23-year-old scored 41 goals and posted a career-high 92 points in 79 games with the Lighting last season. He added one goal in four playoff games.

"We are very pleased to re-sign Brayden today," Lightning general manager Julien BriseBois said. "He is the consummate professional with an unwavering commitment to team success, growing as a player and improving every day. It is that mindset that makes him an outstanding role model, teammate and person, on and off the ice. We look forward to getting Brayden back on the ice with his Lightning teammates as soon as possible."