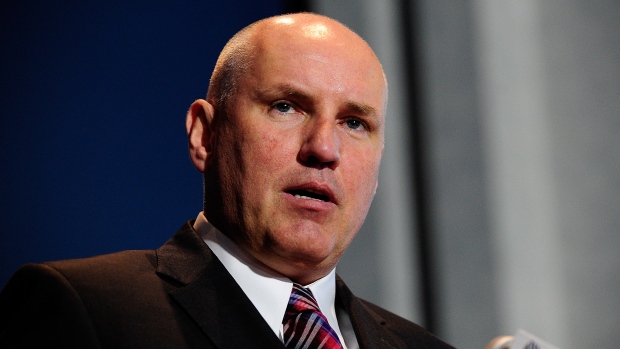 Team Canada general manager Doug Armstrong said Wednesday the list of players being considered for the 2022 Men's Olympic team is already being pared down.

Armstrong, who was officially named general manager earlier this month, said discussions on the roster have been ongoing since prior to the NHL's Return to Play last summer. He added that members of the management team were first asked to build out two team rosters and have now narrowed down those lists.

“I think where we are at right now, we have a majority where we probably have 10 or 11 locks on the team,” Armstrong told The Athletic's Two-Man Advantage podcast with Pierre LeBrun and Scott Burnside. “That leaves up to 14 or 15 players that are in contention and there’s probably 50 guys on that list still. It’s just a whittling down process.

“You want to add guys to the locks and remove guys that are no longer in consideration and hope that list gets smaller and smaller.”

Armstrong vowed after his appointment was made official that "Youth will be served" on the roster as NHL players return to the stage for the first time since Sochi 2014. On Wednesday, Armstrong pointed to Drew Doughty as an example of a young player who was able to shine on the big stage. The St. Louis general manager said he has told the management team to "keep an eye on" Blues forward Jordan Kyrou and mentioned Colorado Avalanche rookie defenceman Bowen Byram as another player who's turning heads.

“I was fortunate enough to be the manager of the world championship team that (Drew) Doughty made as a 19-year-old the year before,” said Armstrong. “We weren’t really sure if we should take him to the worlds, would it be too much for him? He went there and was one of the best players. And then parlayed that into an Olympic roster spot in 2010. So, there are going to be young players. I watched that (Bowen) Byram the last couple of nights against Vegas. There’s going to be young players that grab our attention that we’re not ready for.

“It would be great for Jordan and great for me personally with my day job if he was one of those guys (chuckles).”

Byram was among the players included on TSN Director of Scouting Craig Button's projected roster for the team earlier this month.