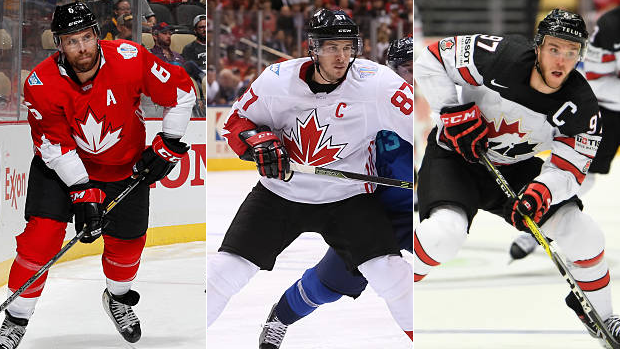 For the first time since 2014, the Olympic Men’s Hockey tournament will include NHL players, as the competition is expected to return to best on best at the Beijing 2022 Winter Games.

TSN Director of Scouting Craig Button projects the players who will be a part of Team Canada, with a roster that include five members of the team that claimed gold in 2014.

The last time the best men’s players in the world faced each other at the Olympics, Sidney Crosby scored, and Carey Price made 24 saves to earn a shutout as Canada defeated Sweden 3-0 to earn the top prize.

Both of those men return on Button’s projected roster for 2022, alongside forward Patrice Bergeron and defencemen Alex Pietrangelo and Shea Weber. 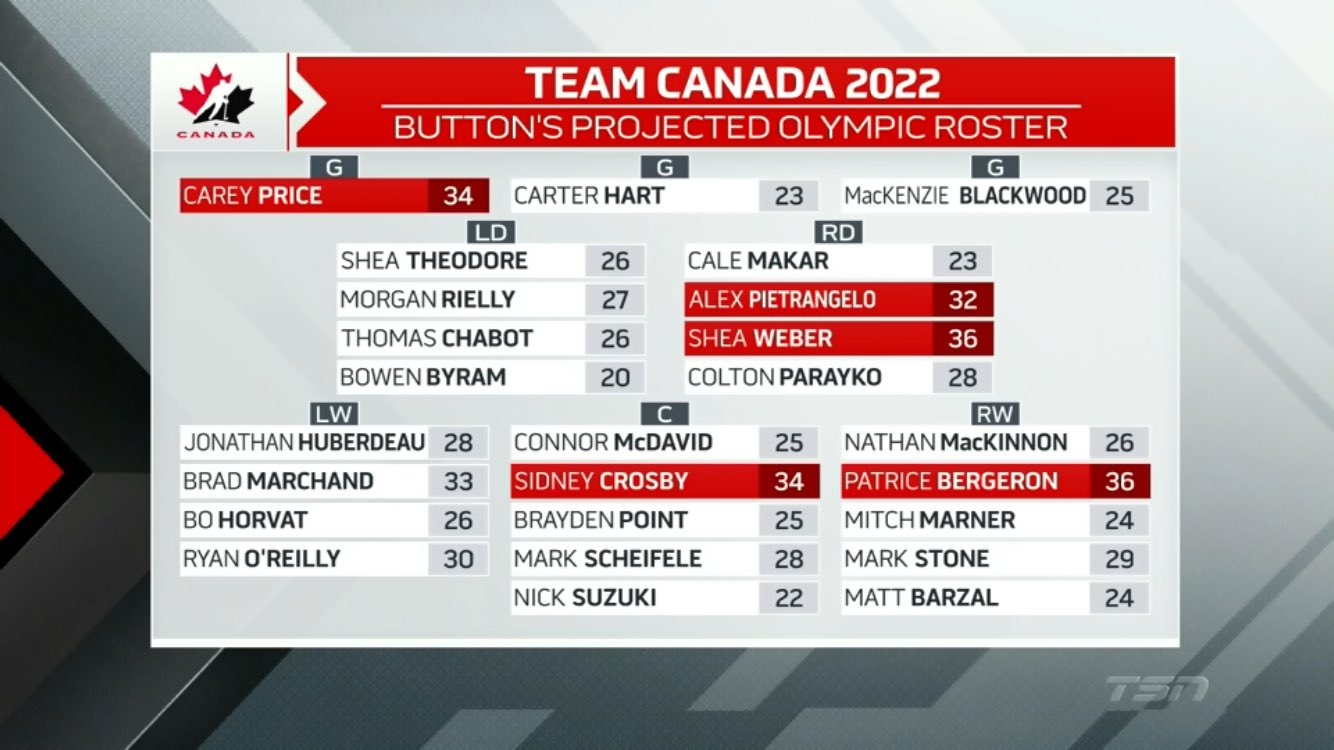 In his proposed lineup, Crosby and Bergeron join Brad Marchand on a line of talented “30-something” players. Button has no reservations about their ages heading into the tournament.

Canada’s top line heading into the competition would not only be one of the highest-octane combinations of players in Beijing, but among the best the country has ever assembled.

Despite the fact that McDavid and MacKinnon are among the game’s most prolific scorers, Button believes their skill sets would be complimentary and has no issues with putting them together.

"I see them being absolutely dynamic,” said Button. “Nathan MacKinnon is an underrated playmaker, and we know how good Connor McDavid is. You put them both together with that speed, with the understanding that they know how to advance the play and how to exploit opportunities with the speed with their hands and with their brains. It’s not a problem. There’s only one puck, there’s always only going to be one puck. These two players are superstars. I want them together; I want them challenging the opponent.”

No Team Canada roster projection will be without surprises and one of those could be on the blueline. Button has selected Colorado Avalanche defenceman Bowen Byram, who will be 20 years old when the puck drops in Beijing and is the youngest player on the list.

According to Button, all you have to do is look at the projections for the Canadian team that captured gold in Vancouver to find another young defenceman who was included and then blossomed into a superstar.

"Why don’t we go back to the 2010 Olympic team and if someone had put Drew Doughty on the team, there might have been, ‘Oh boy, why is he on the team?’ He was a young player that was excelling. He became a real good player for Team Canada en route to gold in 2010,” said Button. “Bowen Byram is a complete player and I think a year out from now, he could be in the exact same situation that Drew Doughty found himself in 2010. He’s too good not to consider.”

There will also be a lot of talk about players who don’t make the cut, including Tampa Bay Lightning forward Steven Stamkos, who was ruled out of the 2014 Olympics in Sochi while still recovering from a broken leg.

In his place, Button has selected New York Islanders forward Matt Barzal, though he admits it’s a very close race between the two players.

"Tomorrow you could ask me this question and I could have Steven Stamkos on the team,” said Button. “Matt and Steven are two very different players, today I’m going with Matt Barzal and it just speaks to how much talent [Team Canada GM] Doug Armstrong is going to be able to choose from for the 2022 Olympic team.”