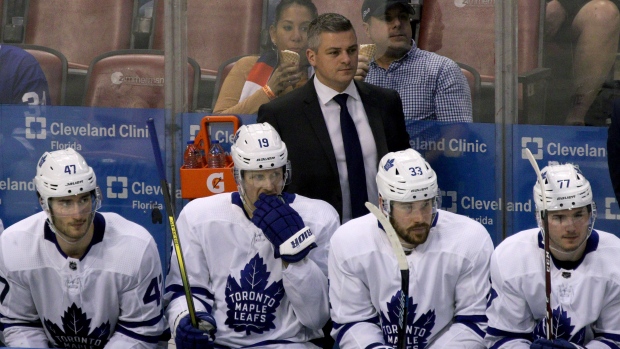 When the Maple Leafs fired Mike Babcock in the middle of November, it sent quite the message to the Toronto players who had struggled for the first two months of the season: No job is safe, even that of an accomplished coach with shelves full of hardware.

Toronto spent a couple of seasons building a roster they thought would be ready to compete for a Stanley Cup by now, and the sluggish start – among other things – was unacceptable to the front office. But what was so fascinating about Toronto’s decision to hand the keys to a very talented roster off to a first-time head coach in the middle of the season was that it ended up being the first of many firings this season.

Including Babcock, eight coaches have been shown the door this season. The common theme – Jim Montgomery in Dallas and Bill Peters in Calgary are the exceptions – is underperformance relative to expectations. Teams like Toronto, Vegas and Nashville were expected to be competitive this season. San Jose thought they’d be fighting for a playoff spot and ended up as one of the least-impressive teams in the league; ditto New Jersey.

There may have been a multitude of other factors behind the coaching changes, but it’s always interesting to watching how teams react. At the end of the day, front offices are making a bet that a new face behind the bench can help spark an increase in performance.

So, which teams have realized potential gains from a coaching change this season, and which haven’t? Let’s look at each team’s pre/post performance, excluding Minnesota, who fired Bruce Boudreau just last week in favour of Dean Evason. This is what it looks like:

One of the really interesting takeaways here is that just about every team – save San Jose, who has dealt with an incredible run of injuries lately – has improved in the standings since the time of the coaching change.

There is clearly a bias in the data set, as most of these coaches were fired due to underperformance and had they stayed in place, it’s very possible that normal performance regression would have occurred.

That said, it’s noteworthy that some of these jumps have been significant in the standings. Sheldon Keefe in Toronto and Peter DeBoer in Vegas (the latter was fired by San Jose earlier this season) have led their teams to massive jumps in their points-per-82 games pace, and the underlying numbers are up across the board.

The Golden Knights, in particular, are quite noteworthy: DeBoer assumed perhaps the most puck-dominant team, a puck-dominant team that was struggling in its divisional race because of some poor shooting luck and shaky goaltending.

I’m not sure the goaltending situation is resolved quite yet – Malcolm Subban has been underwhelming all season long and Marc-Andre Fleury hasn’t had a season this bad in more than a decade. But the shooting luck did turn around, and when you are spending about 57 per cent of the time generating dangerous offence far away from your own net it’s usually a recipe for success.

In many ways, the Golden Knights feel like the Western Conference version of the Maple Leafs. The goaltending issues in Vegas seem exacerbated by a blueline that is sorely in lack of talent relative to their forward counterparts.

But Keefe and DeBoer have been able to squeeze a lot out of their deep, versatile forward groups – enough to make significant headway in the standings.

On the other side of the coin, I think a lot of eyeballs are going to be on John Hynes and the Nashville Predators down the stretch.

The Predators haven’t seen a real positional change in the standings since firing Peter Laviolette in early January, but they have seen their even-strength play take a considerable step back – they are about five percentage points worse in shot and goal rates, and they are still just 10th in the Western Conference standings with a couple of games in hand. The penalty kill – a distressing team weakness that has conceded 9.5 goals against (48 total) per 60 minutes this season – hasn’t seen any improvement either.

Considering that Nashville (a) had significant expectations; (b) has seen little change in performance; and (c) already made a coaching change, it will be interesting to watch the Predators at the trade deadline and this summer.

More changes might be coming, and that means either the players or the suits are next.