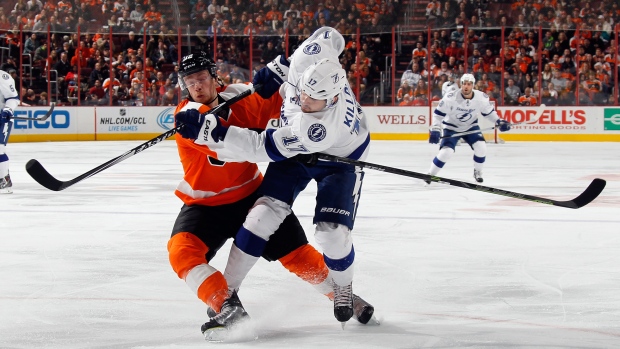 The post-mortem of Alexander Ovechkin’s 2013-14 season was a fascinating one.

You remember it, right? Ovechkin – after suspiciously low goal-scoring totals in 2010-11 and 2011-12 – rebounded on that front, finding the back of the net 51 times and pulling down another Rocket Richard Trophy. But plenty of observers were still underwhelmed.

That’s because his other numbers were all over the place. Ovechkin’s point totals were substantially lower versus prior years. His plus-minus was in the tank. Outside of his raw goal-scoring totals, it genuinely looked like Ovechkin had a bad year.

But consider the table below for one moment, with the subject year highlighted:

The takeaway here is clear: Ovechkin had little or no help around him. Whether that’s because he was playing with substandard teammates or was victimized by randomness or a combination of the two, the reality is that the Capitals didn’t do much of anything with Ovechkin on the ice unless Ovechkin quite literally scored a goal himself.

When your teammates aren’t scoring, your point totals plummet. When your goaltender doesn’t stop shots, your plus-minus drops off of a cliff. Despite having a great individual season, your numbers at aggregate appear horrifying.

It’s one of many lessons of why digging into the data beyond just point totals is critical for player analysis. A quick glance at Ovechkin’s year would have all but guaranteed a bounce-back season in 2014-15, mostly because it was highly improbable that Ovechkin’s teammates would play as poorly as they did in the year prior.

Not surprisingly, that’s exactly what happened. Ovechkin remained a great goal-scorer (winning another Rocket Richard Trophy), his teammates shot at normal rates, his goaltender stopped shots at a normal rate, and Washington’s top line oscillated back to elite status.

You might ask here how to easily differentiate between unlucky and truly degrading performance. There are a million ways to slice this sort of data up, but one quick way to accomplish it is by considering the following factors:

If the answers are yes and no, respectively, then you have a possible “rebound” candidate – a player who probably played better than his numbers showed in the year prior, and, with a little bit of luck, should see a substantial rebound in overall performance.

Let’s take a peek at Raffl first, much in the same way we did Ovechkin:

Raffl didn’t have as rough of a go at it last year (primarily because he did get decent goaltending behind him), but Philadelphia did struggle to score when he was on the ice. Nothing suggests that Raffl’s game individually was the driver of that – the numbers that do matter were eerily similar to years prior, and the only thing that seemed to degrade was his teammates’ ability to find the back of the net.

To that end, I’m highly confident in Raffl having a nice 2017-18 season. (For what it’s worth, his most common linemates last year were Claude Giroux and Jakub Voracek – two guys who I’d bet on rebounding for a lot of the same reasons.)

Killorn’s a bit of an odd case. Clearly, he played more of a distributing/playmaking role in prior years, and you can put that largely on the fact that his most common teammate in that window was superstar goal-scorer Steven Stamkos. When Stamkos went away, Killorn assumed more of the goal-scoring duties. But from a team scoring perspective, that void created quite the hole – not only is Killorn not the same calibre goal-scorer as Stamkos, but his teammates (most commonly Brayden Point and Jonathan Drouin) weren’t nearly as effective at 5-on-5.

This is more of a lesson in how substantially injuries and the lack of requisite depth can have on individual player performance. Killorn’s a fantastic, if perhaps complementary player. He’s probably at his best when he’s playing on a first or second-line with another player who can create just as much havoc as he can.

Either way, it’s something to keep in mind for Tampa Bay’s outlook, too. Killorn’s going to continue to get sweet minutes on a Lightning roster loaded with talent. It might have some kind of a negative impact on his goal-scoring numbers, but his total output – and his team’s performance – will almost certainly improve on what we saw last year. Forty-five per cent of goals over an entire season is absurdly low, especially for a team as strong as Tampa Bay.

Like Raffl, expect Killorn to be a solid bounce-back candidate this season.