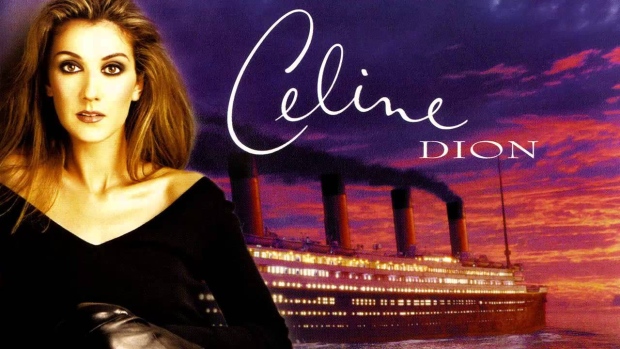 Celine Dion - My Heart Will Go On

WINNIPEG — It was a song request Mathieu Perreault had no problem accommodating in the Winnipeg Jets' locker-room.

The Drummondville, Que., native controls the room's music and recalled someone asked him to put on Celine Dion's "My Heart Will Go On" a few days after the team saw her perform in Las Vegas last month.

Perreault clicked on the mega-hit following a Nov. 11 victory over the Arizona Coyotes and a new "win" song was soon added to the NHL club's celebration repertoire.

"I'm a big-time fan and my wife is a huge fan as well," Perreault said of Dion prior to Winnipeg's game against the Chicago Blackhawks on Thursday.

"She's a rock star back home for all the French Canadians, obviously. She's definitely an idol of mine."

After a loss to the Vegas Golden Knights, the Jets beat the Coyotes the next night and "My Heart Will Go On" was played. Winnipeg then went on a winning streak and Dion's theme song from the 1997 Titanic movie became part of the post-game victory traditions.

The first song pumped out in the room after a win is "Glorious" by American rapper Macklemore and pop singer Skylar Grey.

Perreault and some his teammates said it may have been Tyler Myers who made the initial request for Dion, but the big defenceman guessed it could have been one of the club's trainers who like to joke around.

No matter the source, Myers was happy with the selection because he had been thrilled to see Dion perform live for the first time.

When the Jets had time off in Vegas, players went to a fundraising show and Dion was a surprise guest and sang the song.

"I got really excited when she made an appearance, I can't lie about that," Myers said. "I think she's one of the best entertainers, best performers in the world.

Second-year defenceman Josh Morrissey grew up in Calgary and admitted he's more of a country music fan, but adding Dion to the locker-room playlist has been fun.

It's like the fighter pilot helmet the team gives their player of the game to wear.

"You work really hard to get a win and it's hard to do in this league, so it's sort of a couple minutes when you can enjoy that win while you're getting undressed and then sort of go on to the next one," Morrissey said. "We do the helmet and we have a couple songs to celebrate that win."

He also gets a kick out of watching his teammates belt out the Dion song, which is enjoying its 20th anniversary.

"I don't know if anyone in our room has a future in music, at least not singing," Morrissey said with a smile.