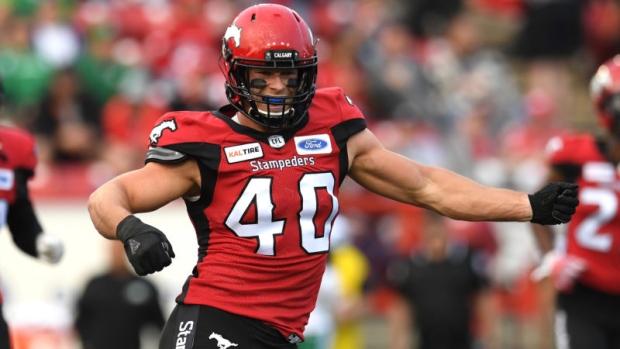 Nate Holley will not be joining the Toronto Argonauts after all.

The Canadian Football League announced on Wednesday that it had decided against registering a contract for the 2019 Most Outstanding Rookie in accordance with the league's Violence Against Women Policy.

The CFL has decided to not register a contract for LB Nate Holley in accordance with our Violence Against Women Policy. We will not be commenting further out of respect for the privacy of those involved.

The CFL says it will not issue further comment out of respect for the privacy of those involved.

The Argos announced last earlier this month that the 26-year-old linebacker had signed with the team after spending last season in the NFL with the Miami Dolphins.

Holley's lone CFL season to date came in 2019 with the Calgary Stampeders in which he claimed the prize as the league's top rookie.

While at Kent State in 2016, Holley was arrested on felony kidnapping charges in Ohio and was dismissed from the program.

The following year, Holley was found not guilty on all charges after a trial that lasted nearly three days.