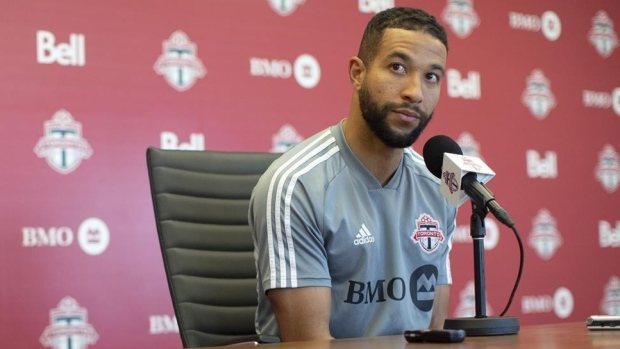 The 34-year-old, who retired after this season following a 12-year MLS career, was a supporter of the MLSE Foundation’s Change The Game campaign over the past year.

The campaign's goal is to address systemic barriers preventing youth from reaching their potential.

Morrow serves as the executive director of Black Players for Change. He helped form the group during the tumultuous summer of 2020 when pro athletes joined the public in demanding social change. The organization won the MLS humanitarian award in 2020.

MLS Works will donate US$5,000 to DeRo Foundation in recognition of Morrow's work. According to its website, the charity, named after Canadian soccer star Dwayne De Rosario, uses soccer "as a platform to help youth in high priority neighbourhoods."

Morrow spent the past eight seasons with Toronto FC. His 254 appearances across all competitions rank second all-time in club history.

He registered 18 goals and 20 assists over his time with the club and was named to the MLS Best XI in 2017, when TFC won the MLS Cup, the Supporters' Shield and the Canadian Championship.