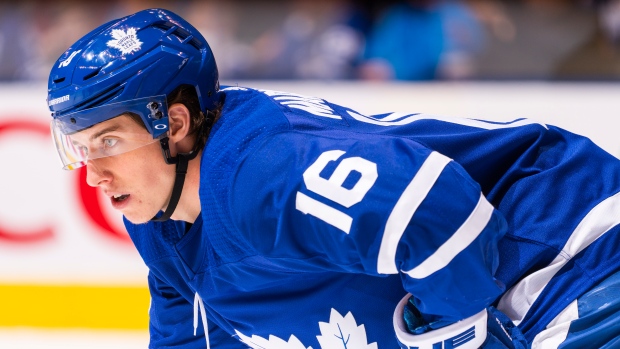 Mitch Marner is saying thank you.

The Toronto Maple Leafs forward released a statement of gratitude following an outpouring of support after he was carjacked on Monday night in Etobicoke, Ont.

"To all the fans, my friends and teammates, and the entire Maple Leafs organization - thank you for all your positive messages over the last few days," Marner wrote. "The overwhelming support I've felt from the Toronto community has been unbelievable.  I'd also like to thank Toronto Police Services for all their hard work in the ongoing investigation. It was a scary situation to be in, but we're safe and doing well. Thank you all - your support has meant the world to us."

Marner, 24, had his Range Rover stolen at gunpoint in the parking lot of the Queensway Cineplex cinemas at the Queensway and Islington Avenue. There were no injuries in the theft.

Toronto Police say there are looking for three suspects who were armed with a handgun and two knives.

There has been an uptick in violent carjackings in 2022, police say.

“It just seems that this is a crime of opportunity, and the end game is profit,” Insp. Richard Harris of the holdup squad told a scrum on Tuesday. “So whether it's a new trend that is believed to be something that's gonna make quick money, I'm gonna say and suggest that they stop. We will not stop.”