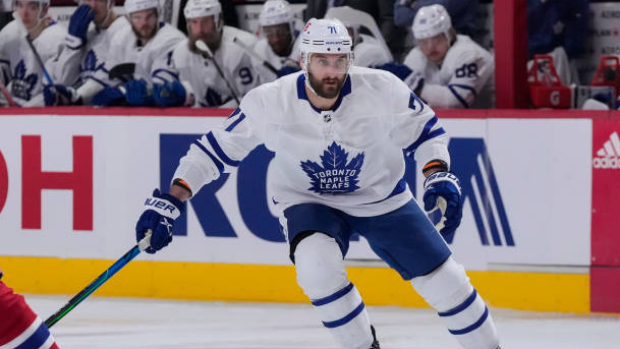 So stay tuned as to his availability for Game 5.

The 33-year-old Foligno missed Monday's practice and did not play in Game 3 and Game 4 because of a lower-body injury.

Foligno had an assist in the first two games of the series. He had seven goals and 13 assists in 49 games during the regular season split between the Columbus Blue Jackets and Leafs.

Game 5 will go Thursday night from Scotiabank Arena in Toronto with the Leafs looking to close things out up 3-1. If necessary, Game 6 is scheduled for Saturday night at the Bell Centre.