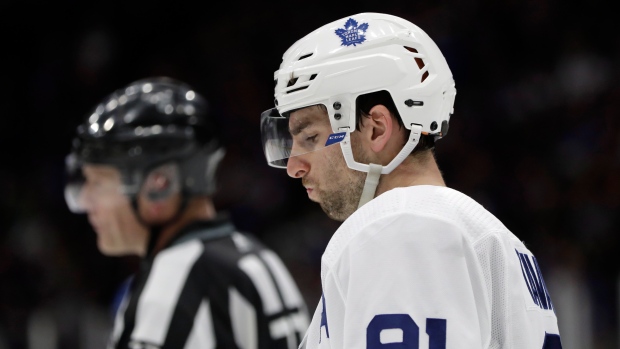 TORONTO — The Toronto Maple Leafs say centre John Tavares is expected to return to his full off-season training program in a month after suffering an oblique injury.

The team announced the news Saturday.

Tavares sustained the injury earlier this week while practising with the Canadian team ahead of the world hockey championship, forcing him to miss the tournament.

It wasn't immediately clear how the 28-year-old centre suffered the injury.

Tavares had a career-high 47 goals with 41 assists in 82 games with the Maple Leafs in the regular season, and added two goals and three assists in seven playoff games.

Canada opened world championship play with a 3-1 loss to Finland on Friday in Kosice, Slovakia.