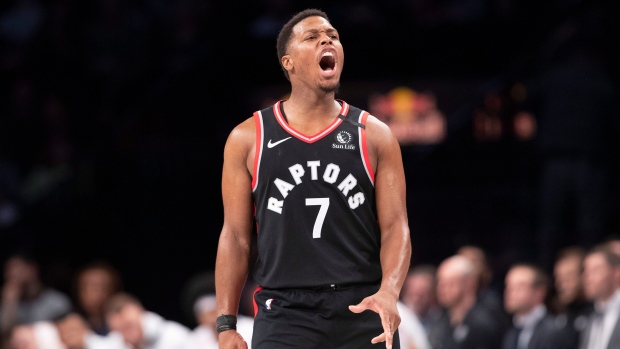 Kyle Lowry is once again among the NBA’s elite.

For a sixth straight season the Toronto Raptors point guard is headed to the All-Star Game.

The 33-year-old Lowry was one of seven Eastern Conference reserves named on Thursday night for the February 16 game in Chicago where he will join teammate Pascal Siakam who was named as a starter last week.

Lowry becomes the first player in NBA history to be named to six All-Star teams after having been named to none in his first eight seasons in the league.

This is the fifth straight season and sixth time in franchise history that the Raptors have had two All-Stars in the same year.

And Lowry and Siakam might not be going to Chicago alone.

Because the Milwaukee Bucks have the East’s best record just as they did last season, Mike Budenholzer is ineligible to coach at the All-Star Game in consecutive seasons. So should the Raptors top Cleveland tonight and beat the Detroit Pistons on Friday or the Chicago Bulls on Sunday, Nick Nurse will coach the Eastern Conference by virtue of having the second-best record in the conference.