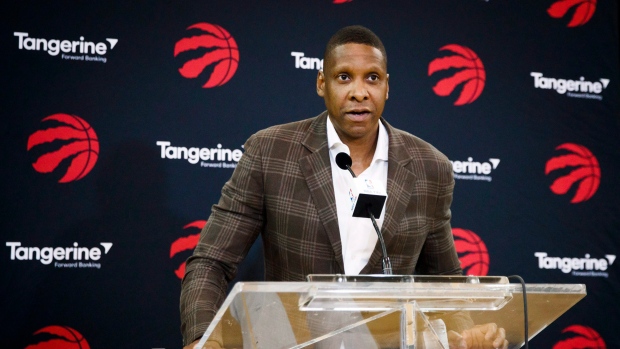 Transaction season is upon us.

The days leading up to the annual February NBA trade deadline are a fun time of year for basketball fans.

Is your team looking to make a big splash? If so, which players are on the market and available? How will the deals that do get done – and those that don’t – alter the landscape of the league going into the stretch run?

It’s the perfect mix of anticipation, speculation and suspense. Outside of the playoffs each spring, free agency at the beginning of July, and maybe the draft in late June, it doesn’t get much more exciting than this.

Fun might not be the word that every NBA executive would use to describe it, though. It can be a stressful few weeks for the folks working the phones.

What are you willing to part with for an upgrade? How much is too much? Is it worth giving up long-term assets or flexibility to chase short-term goals? As for the teams on the other end of the line, what are their motives? Are you being used as leverage? What’s real? What’s not?

There are a lot of moving parts, plenty of stipulations, and a ton of conversations, most of which go nowhere. There’s a lot at stake and the clock is ticking, with the deadline looming at 3p.m. ET on Thursday.

A year ago, there were 19 deals made in the 48 hours leading up to the trade deadline, and that’s not counting the ones the trickled in a few days prior. Nearly 50 players changed jerseys, including a couple – Nik Stauskas and Mike Muscala – who did so multiple times. Twenty-one draft picks changed hands and 22 teams – almost three quarters of the league – made at least one move.

It was a busy day and the Toronto Raptors were at the forefront of the action. They made three trades – a couple minor transactions to shed salary and lesson their tax bill, and arguably the most impactful deal of the afternoon.

Toronto sent Jonas Valanciunas – one of the team’s longest-tenured and most beloved players – and depth pieces Delon Wright and C.J. Miles, as well as a second-round pick, to Memphis in exchange for veteran centre Marc Gasol.

It wasn’t a no-brainer at the time. However, with several of the teams around the Raptors in the standings adding rotation players earlier in the day, and given their unique situation and limited window to compete for a championship, president Masai Ujiri and general manager Bobby Webster felt the risk was worth the possible reward. So they went for it, and it paid off.

Would Toronto have won the championship without Gasol? Maybe, but probably not. Gasol gave the Raptors some much-needed leadership and experience, an accomplished post defender – who helped neutralize Joel Embiid and Nikola Vucevic in the playoffs – and an elite passer and basketball mind. He turned out to be the piece they needed to help them reach the next level, just as Ujiri and Webster had hoped he would be.

The question going into this year’s deadline is: Can they do it again? Is there a player they can add and a deal they can pull off that would make sense for them and better their chances of going deep into the playoffs?

While it’s not hard to see the Raptors doing something small to fortify their depth or pick up some insurance, they’re unlikely to make a big move.

A year ago, Toronto had a top-five talent in Kawhi Leonard. Generally speaking, you need at least one of those elite, superstar-calibre players to compete for a championship in the NBA. Winning a title without one isn’t impossible, but it’s exceedingly rare. They were already legitimate contenders with Leonard, but without knowing how much longer he would be a Raptor there was a sense of urgency to take advantage of last season’s opportunity.

That’s where they’re at now. The Raptors are a very good team. They’re deep and well-balanced. But, to get back to the top of the mountain, the piece they’re missing isn’t a Gasol-type player. It’s a Leonard-type player, and those guys simply aren’t available on the trade market – at least they’re not this year. Trading for a role player just doesn’t move the needle as much as it did last season, which likely changes how much they’re willing to give up for one.

Planning for the future

The moment Leonard left for the Clippers last summer, the Raptors set their sights on 2021.

As of now, they only have one guaranteed contract on the books past the 2020-21 season: Pascal Siakam. Norman Powell has a player option for 2021-22, while Fred VanVleet (an unrestricted free agent this coming summer) and OG Anunoby (eligible for a contract extension this summer, restricted free agent the next) are due for new deals.

Still, they’re lined up to have enough cap space to offer a max contract in the summer of 2021, when a loaded free agent class could include reigning NBA MVP Giannis Antetokounmpo. With every decision the Raptors have made since the summer, they’ve prioritized maintaining the flexibility they’d need to chase a big- name free agent.

All of that is to say it’s highly unlikely they’re willing to take on long-term salary at the deadline. Unless a player is on an expiring contract or has one year left on their deal, Toronto probably isn’t interested. That rules out a number of players who could be on the block.

Intrigue with what they have

We know Ujiri isn’t afraid to roll the dice, but he’s never been reckless. His bold moves have always been calculated and opportunistic. They’ve come when the situation has called for them.

After going all-in last season, it’s easy to forget that Ujiri’s defining characteristic as an executive had been his patience. Famously, he’s given his teams the chance to decide their own fate. He’s kept them together when they’ve performed.

Once it became clear the Raptors were planning to open the season with their title-winning core – minus Leonard and Danny Green – many thought they would play out the first few months and, if things weren’t going according to plan by February, they might be sellers at the deadline. Maybe they would unload the expiring contracts of Gasol and Serge Ibaka. Perhaps they’d shop Kyle Lowry, even after signing him to a one-year extension in the fall.

However, that is no longer on the table. This Raptors team is 36-14, has won 11 in a row, and sits second in the Eastern Conference despite dealing with a myriad of injuries to almost all of their rotation players. Six of their top seven players have already missed 10 or more games and they’ve only had all seven – Lowry, VanVleet, Anunoby, Siakam, Gasol, Powell and Ibaka – in 17 of 50 contests this season.

It would be a surprise to see Ujiri break up that top seven, not just because of how well they’ve played through adversity, but also because nobody is quite sure how good they can be when and if everybody is healthy. Like the rest of us, Ujiri wants to find out.

“I know these guys and they’re going to die trying [to win],” Ujiri said a couple weeks ago. “You see them, you see the attitude. I know nobody, not one person would tell me that they thought we would be competing now to be second in the East. There’s not one person that thought that, with a championship player like Kawhi leaving. These guys have stepped up and we appreciate what they’ve done.

“We evaluate our team every day. We’re proud of what they’re doing. They keep plugging away… We’ll see. For us, in our minds, the ability to compete and how to compete, these guys know how to compete. We’ll continue to see how they evolve. We’re confident with these guys.”

It’s safe to say the Raptors aren’t interested in selling off their veteran players. If they do move any of their top seven it will have to be for a clear upgrade and for a player they didn’t think would be available or expect to be able to get.

More likely, they could look to package a couple of their other players, maybe with a first or second-round pick, to add some depth or insurance at a position of need. They could use a third point guard, just in case anything were to happen to Lowry or VanVleet, or perhaps another big, especially with Gasol nursing a lingering hamstring ailment.

Who could they get? Temper your expectations, based on what they would likely be offering – expendable role players like Patrick McCaw, Rondae Hollis-Jefferson, or Stanley Johnson.

Powell, who is having a career season, may have been an interesting trade chip but his market value has taken a hit after fracturing his finger. He should miss at least a month, meaning he’s probably worth more to the Raptors than he would be for a team acquiring him.

Maybe the Raptors feel more compelled to make a smaller, depth move on account of his injury, but they’re not likely to give up real assets – players or picks – for a short-term stopgap. If they were to give up value the return would have to move the needle, even when they’re at full strength.

Landscape around the association

This season’s deadline could be quiet league-wide.

The Raptors certainly aren’t the only team hoarding cap space for the summer of 2021. Most teams are reluctant to take on long-term salary. Then ask yourself, how many teams are in a position to unload talent and what do they have to give up?

Currently, 24 of the NBA’s 30 teams are either in a playoff spot or within five games of one. With so much parity around the league, this should be a seller’s market.

The Cavaliers are open for business. They’re shopping Kevin Love but he’s 31 and has three more years left on his contract. Tristan Thompson is probably available but isn’t an upgrade on Ibaka or Gasol, who would have to go the other way to match salary.

Is Andre Drummond enough of an upgrade to justify the picks or sweeteners Detroit would ask for? How about Derrick Rose?

Minnesota’s Robert Covington would be a good fit in Toronto but his contract runs through 2021-22, so rule him out for the Raptors. Marcus Morris? No thanks.

The Spurs and Pelicans have some interesting pieces, but San Antonio (1.5 games out of eighth in the West) has playoff aspirations and New Orleans (4.5 games back) may want to see how their roster looks now that Zion Williamson is healthy.

Just a few months ago many believed the Thunder would be an aggressive seller at the deadline but, like the Raptors, they’ve exceeded expectations and sit seventh in the West.

So who might be out there that fits the Raptors criteria?

Kings guard Bogdan Bogdanovic and Wizards forward Davis Bertans are two of the top shooters believed to be on the market, and they’re both on expiring contracts. Either player would make sense for Toronto, depending on the asking price.

Andre Iguodala is available, but he just turned 36, hasn’t played at all this season, and while he’s also expiring, his $17.2 million tag would be difficult for the Raptors to match in a trade.

Regardless of their intended approach to this season’s deadline, you can bet Ujiri and Webster will do their due diligence. They’ll take and make calls. They’ll explore and consider all of their options. Even if that big, roster-altering and league-shifting move isn’t in the cards this year, that doesn’t mean this won’t be a busy week.

“If we do something it’s out of the fact that we think this is giving us a chance, or a bigger chance,” Ujiri said. “And, right now, I think we have that chance if we continue to play ball and figure it out. I’m proud of the guys and I look at them as what we have. You never know what those days bring you, but I’m really proud of our guys.”