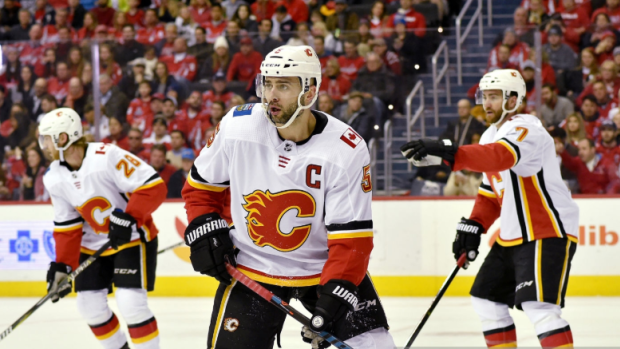 The Calgary Flames are in the market for a left-handed defenceman after Juuso Valimaki sustained a torn ACL in training over the weekend.

"We're going to be in the market," Treliving told the team’s website of adding a left-hand shot. "The good news is that we have some young guys that we think have taken some steps, but we're certainly going to be looking at potential options on our blueline."

Valimaki, 20, made his Flames debut this past season, posting one goal and three points in 24 games. He added one assist in two playoff games with the team.

According to CapFriendly, the Flames have $7.76 million in cap space with restricted free agents Matthew Tkachuk and Andrew Mangiapane still in need of new contracts.

The Flames bought out the contract of defenceman Michael Stone earlier this month.