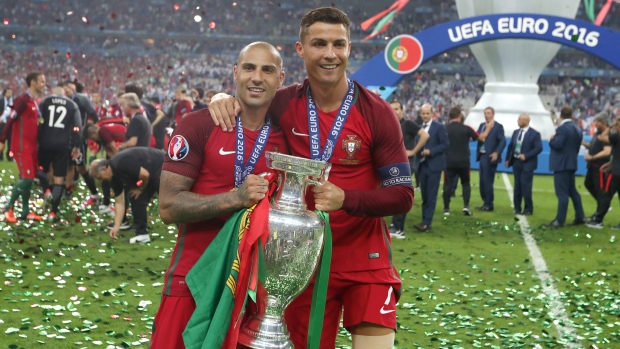 TORONTO (July 11, 2016) – Following an epic weekend of championship events on TSN, Canada’s Sports Leader attracted record-breaking audiences this past weekend, highlighted by a historic performance by Canada’s Milos Raonic in the WIMBLEDON men’s final, Portugal scoring its first major title ever in the UEFA EURO 2016 Final, and a stacked card for the UFC 200 PRELIMS.

This weekend’s roster of programming is part of the 60+ iconic championship events that live on TSN.

Overall, 4.7 million unique viewers tuned in to watch Raonic become the first Canadian men’s singles player to compete in a Grand Slam final, with audiences peaking at 2.4 million viewers in the third set of the match.

On Friday, Raonic’s semifinal win over Roger Federer attracted an average audience of 766,000 viewers to TSN and RDS, breaking the record for most-watched WIMBLEDON men’s semifinal ever. The Raonic-Federer match reached 2.5 million unique viewers and peaked at 831,000 viewers as Raonic served for the win.

Yesterday’s extra-time battle between Portugal and France in the UEFA EURO 2016 Final attracted an average audience of 2.4 million viewers to TSN and RDS, making it the most-watched program of the day on Canadian television. The 2016 tournament becomes the most-watched UEFA EURO ever on Canadian television, with a record of 51.4 million hours watched.

TSN Original Feature: Dream With Us

In celebration of a weekend of championship events on TSN, the network debuted the TSN Original Feature: Dream With Us during yesterday’s UEFA EURO 2016 Final. The 2.5 minute feature is part of the network’s ongoing, multi-platform Champions Live Here campaign and showcases many of the iconic championship moments that live on TSN.