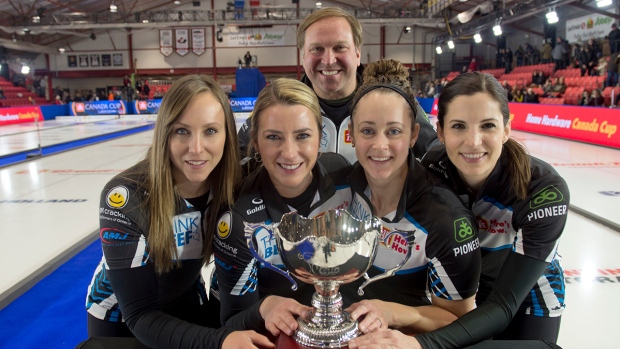 The announcement was made Saturday during the Canadian women's curling championship in Moose Jaw, Sask.

"There are so many exciting aspects to this new agreement, but the primary reason is that curling fans will continue to receive a broadcast package that is unparalleled in Canadian amateur sports," Curling Canada chief executive officer Katherine Henderson said in a statement.

"No other broadcast platform offers this kind of access to our sport, with TSN and RDS showing more than 300 hours of championship-level curling over the course of the season."

"Season of Champions curling is a cornerstone of our programming strategy, as it shines the spotlight on the most significant events in the sport," TSN vice-president Shawn Redmond said in the statement.