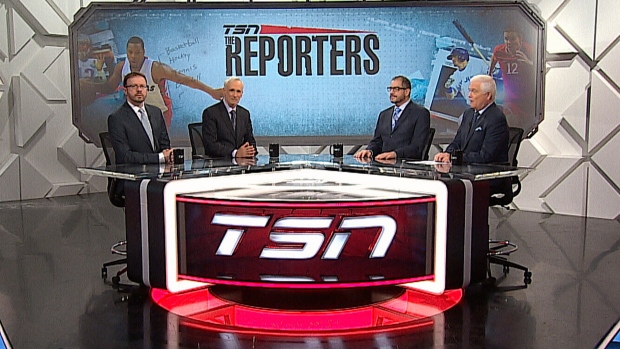 – THE REPORTERS moves to Sundays at 9 a.m. ET beginning this Sunday on TSN2, and in addition will be available on TSN Radio stations across the country –

TORONTO – THE REPORTERS, is set to relaunch with a new half-hour format beginning Sunday at 9 a.m. ET on TSN2. The series will broadcast live from the TSN 1050 studio in Toronto, and will be available on TSN Radio stations across the country. Hosted by Dave Hodge with panellists Steve Simmons and Bruce Arthur, THE REPORTERS is a live roundtable sports debate show that focuses on the most interesting, controversial, and talked-about issues and topics in the world of sports from a uniquely Canadian perspective, while also welcoming special guest panellists.

The previous iteration of the show, TSN THE REPORTERS WITH DAVE HODGE, premiered on TSN in October 2002 on Sunday mornings, before moving to a Monday timeslot in January 2016.

“We’re thrilled to be back on Sunday mornings, a natural fit for the program as comfortable as your morning coffee,” said Dave Hodge, Host, THE REPORTERS. “Conversation and debate are a perfect pairing for a weekend morning, and we look forward to providing viewers with our brand of analysis and discussion on the sports world’s hot-button issues each week in this popular timeslot.”