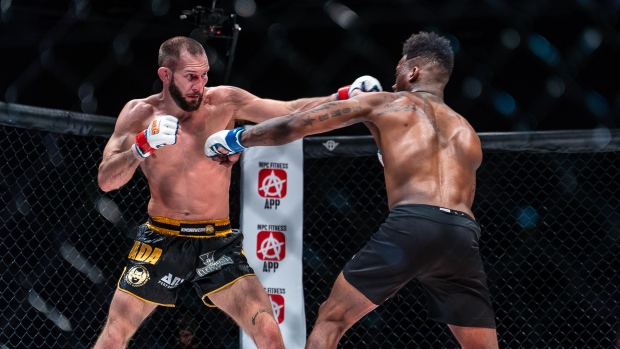 Niagara Falls is one of Canada’s most iconic tourist cities and has hosted just about any attraction imaginable with the exception of a mixed martial arts event.

That changed this past weekend when BTC Fight Promotions held the first professional mixed martial arts event in the city’s history.

“I think that the fighters and the fans want to come here, so I’m surprised that it’s taken this long, but I’ve spoken with the promoters and we’ve had some major boxing events and now an MMA event,” Niagara Falls Mayor Jim Diodati told TSN. “I want to do all I can do to encourage them to bring these kind of events to Niagara Falls. It’s gone from outside to mainstream and now everybody understands and likes it.”

BTC 8: Eliminator featured up and coming Canadian talent who are looking to make a name for themselves on the regional scene in hopes of getting signed by a major promotion like the UFC.

This card had special meaning to the promotion as it set a record for the most MMA events held by a single promotion in Ontario.

To provide a sense of how many regional promotions hold cards on a given weekend, the website Tapology listed 48 different mixed martial arts events worldwide this weekend, which makes getting recognized by major promotions an increasingly difficult proposition. 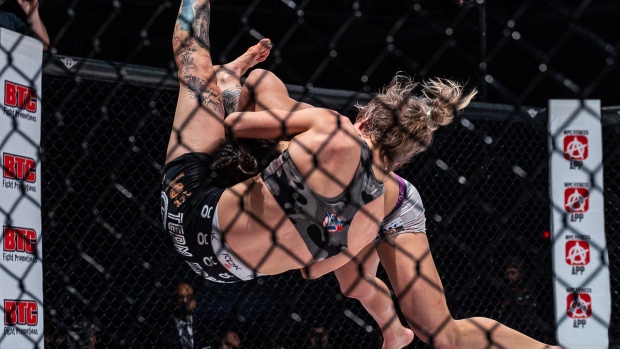 In 2019, only seven Canadians made their UFC debut and typically, champions of regional promotions get the first look.

The difference between a large scale promotion like the UFC and BTC is apparent. It is a much more intimate setting with just over 2,000 attendees, many of whom were there to support a friend or family member. The atmosphere is laid back, the ring announcer is cracking jokes and only a handful of media members are cageside.

In the co-main event, Godinez showed a lot of promise as the Mexican-Canadian captured the vacant title with a combination of very impressive striking and grappling.

Godinez was able to neutralize the veteran Garbatt on the ground in Garbatt’s third opportunity to capture the title, which she has thus far been able to do. 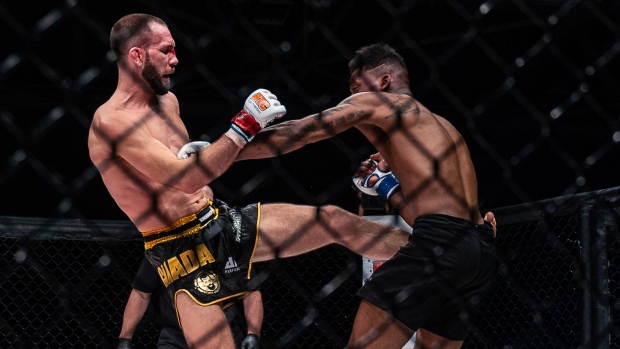 In the main event, Scott Hudson showed why he is considered one of the top Canadian prospects outside of the UFC.

The reigning super lightweight champion did not leave any doubt in the judges’ minds as to who the winner was after five rounds had elapsed.

Hudson took Askew down at will and outlanded him on the feet, controlling all five rounds en route to a unanimous decision victory scored 50-45 on all three judges’ scorecards.

“This is my ticket to the big show, there’s only one fighter who has defended the title in BTC and his name is Kyle Prepolec and he’s in the UFC,” Hudson told BTC commentator Josh Hill following during his post-fight interview.

The evening offered a look at fighters like Hudson and Godinez who inch closer to their dreams of fighting for a major promotion and was also a showcase for Canadian prospects like Jasmine Jasudavicius, who scored a knockout in just 52 seconds over Christina Ricker and Matt Speciale, who tore up his opponent’s leg with countless brutal leg kicks and opened up a big cut on his forehead that resulted in a doctor’s stoppage following the second round.

Following the event, the promotion announced that BTC 9 will take place in Kitchener on February 29.