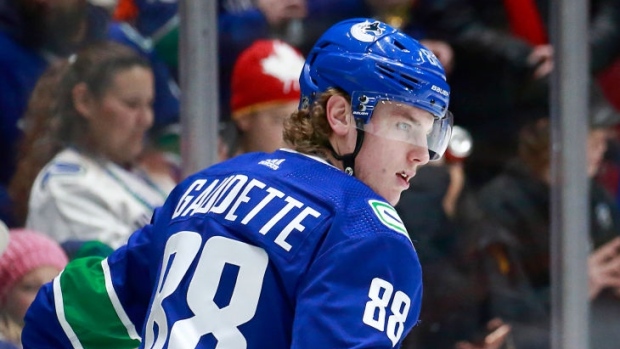 TSN's Farhan Lalji reports Gaudette's positive arrived while at practice and he was removed from the ice. He will have a follow-up test to confirm the initial result.

Gaudette played just over 11 minutes in Vancouver's last game on March 24 before their six-day break in action.

Travis Boyd was on the only Canucks player on the the COVID-19 list on Monday. His absence was quarantine-related as per league rules and he was on the ice Tuesday.

Green did not have an update on injured forward Elias Pettersson, who has been out of the lineup since March 2 because of an upper-body injury.

The Canucks are scheduled to host the Calgary Flames Wednesday night.