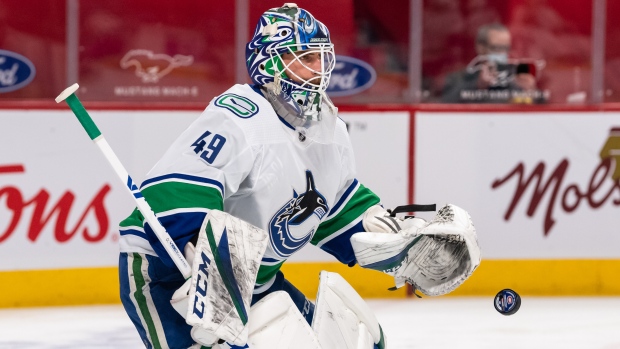 Holtby has one year left on his current contract at a cap hit of $4.3 million.

The Canucks will have to place Holtby on waivers to complete the transaction.

Sources confirming the same. Not that @DhaliwalSports needs confirming. https://t.co/2WUYopfSU8

LeBrun also reports that the San Jose Sharks will place goaltender Martin Jones on unconditional waivers to buy him out on on Tuesday.

Jones has three years left on his deal with a cap hit of $5.75 million per season.