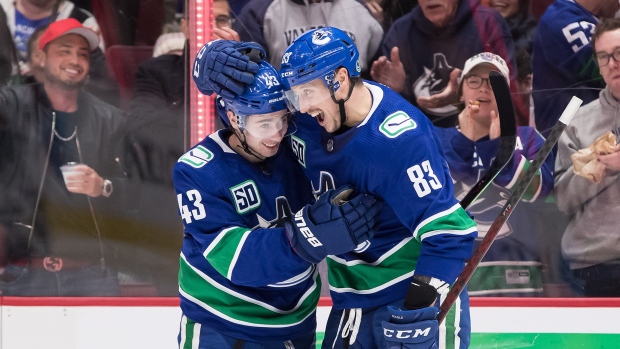 The NHL announced Sunday that Vancouver Canucks defenceman Quinn Hughes has been named the Rookie of the Month for February.

The 20-year old, Orlando, Fla., native was selected with the seventh pick in the 2018 NHL Draft by the Vancouver Canucks. Hughes appeared in only five games for the Canucks in his draft year as he opted to return to the University of Michigan to play his senior season. There, he finished with 33 points in 31 games before officially singing his rookie contact with the Canucks on March 10. He made his first appearance for Vancouver days later against the Los Angeles Kings where he recorded an assist in the team's 3-2 win.

Hughes has recorded 51 points in 63 games this season, becoming only the second rookie defenceman to reach the 50-point milestone since Nicklas Lidstrom's 1991-92 season.

In the month of February alone, Hughes has led all rookies in points with 15 points in 13 games. He trails Washington Captials' defenceman John Carlson by 21  for the league lead among NHL defencemen.