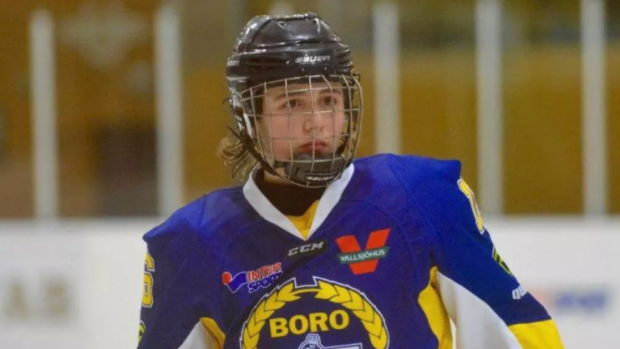 The Vancouver Canucks have signed forward Linus Karlsson to an entry-level contract, the team announced on Thursday.

"We are excited to officially welcome Linus to Vancouver," said Canucks GM, Patrik Allvin. "He is a good goal scorer who plays a solid two-way game, and he is coming off an impressive rookie season in Sweden. We look forward to seeing him develop his game in North America."

Karlsson, 22, played in 52 games with Skellefteå AIK of the Swedish Hockey League (SHL) last season and led the team with 26 goals and ranked second in points with 46. Karlsson finished ninth league-wide in scoring and was awarded SHL Rookie of the year.

The Eksjo, Sweden native have totalled 11 points in 15 international games for Sweden.

The forward was originally selected by San Jose in the third round, 87th overall at the 2018 NHL Entry draft and was acquired by Vancouver from the Sharks in exchange for Jonathan Dahlen in Feb. 2022.