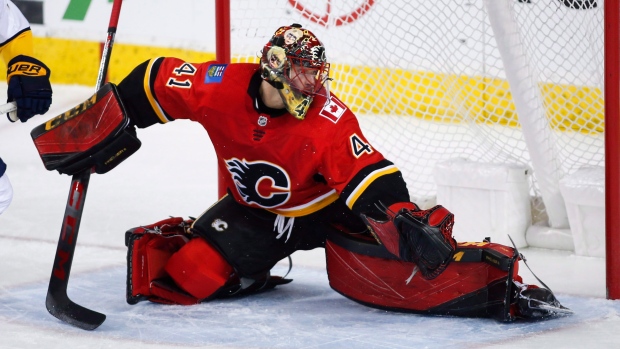 Veteran goaltender Mike Smith has chosen to play with the Edmonton Oilers, according to TSN Senior Hockey Reporter Frank Seravalli.  The expectation is that his salary will be in the neighbourhood of $2 million with the potential to earn $2 million more in performance bonuses on a one-year deal.  An announcement is expected on Monday.

Veteran goalie Mike Smith has chosen the #Oilers. He’s more or less trading places with Cam Talbot, who as we hinted on Monday, is heading to the #Flames.

More on what that means for Lehner, Mrazek, and the rest of the goalie market on @SportsCentre at 6pm ET.

Expectation is Mike Smith will be in neighbourhood of $2 million base salary with potential to earn up to $2 million more in performance bonuses on a one-year deal with #Oilers, to be announced tomorrow.

Over the course of his 13-year career, Smith has played for the Dallas Stars, Tampa Bay Lightning, and the Arizona Coyotes.

The Kingston, Ontario native is coming off a six-year, $34 million contract.