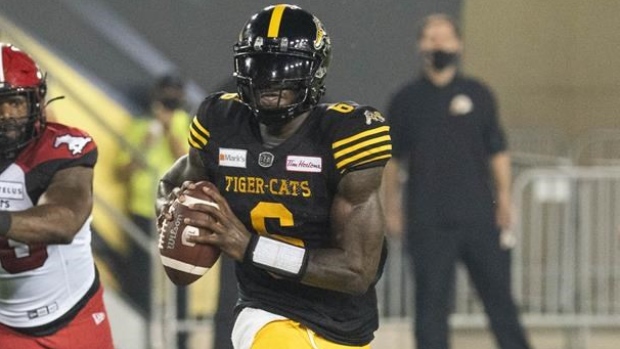 The six-foot-two, 215-pound Watford made his first CFL start Friday night in Hamilton's 23-17 home win over the Calgary Stampeders. Watford, 28, got the nod with both Dane Evans (lower-body) and Jeremiah Masoli (ribs) nursing ailments.

Watford finished 19-of-22 passing for 149 yards while rushing for 35 yards in 10 carries against Calgary. Masoli served as Watford's backup Friday and will again in Ottawa, Steinauer said.

The Ticats' head coach felt there was a lot about Watford's play Friday night that he was pleased with.

"Just poise, toughness, able to overcome some adversity," Steinauer said. "It's not just about the plays called and the execution.

"There's just so much that goes into playing the toughest position on the football field that I was impressed with outside of just the tangible numbers at the end of the game of three incompletions and how the game was called . . . David did a good job of managing all of that."

This report by The Canadian Press was first published Sept. 20, 2021.