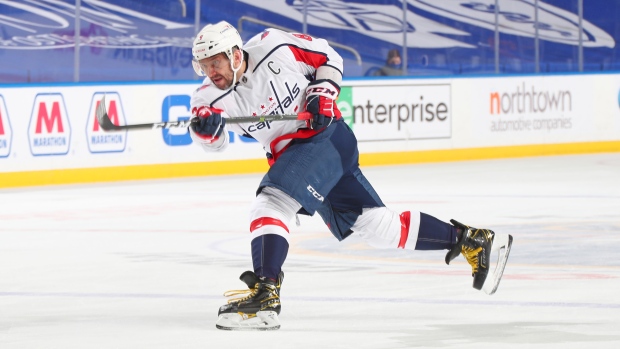 Washington Capitals general manager Brian MacLellan told reporters Saturday that he anticipates getting a deal done with Alex Ovechkin before the start of free agency on Wednesday.

Capitals general manager Brian MacLellan said he anticipates getting a deal done with Alex Ovechkin before the start of free agency on Wednesday.

Ovechkin is set to become an unrestricted free agent and is coming off a 13-year, $124 million deal he signed all the way back in January of 2008.

The 35-year-old scored 24 goals and added 18 assists in 45 games during the regular season for the Washington Capitals. He combined for 148 goals in 231 games in the three seasons before 2020-21, leading the league in goals each year.

The NHL's active leader in goals, Ovechkin is just one marker short of Marcel Dionne for fifth place on the all-time list. He currently sits at 730 for his career, 164 behind Wayne Gretzky at 894.