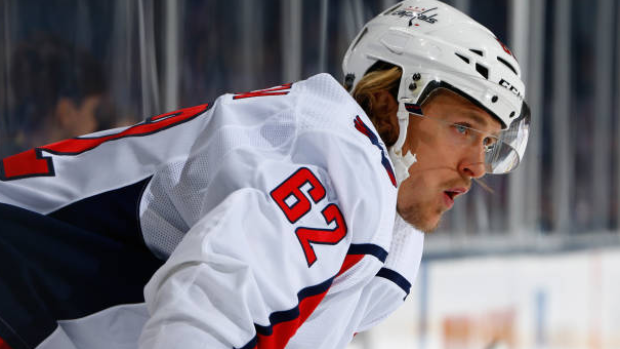 The Washington Capitals have re-signed forward Carl Hagelin to a 4-year, $11 million contract extension, the team announced on Sunday.

“Carl is a versatile player who can play on any line and is an excellent penalty killer," Capitals GM Brian MacLellan said in a statement. "He is a proven winner and provides great leadership to our team.”

The 30-year-old had 19 points in 58 games this past season, split between the Pittsburgh Penguins, Los Angeles Kings and Washington Capitals. He was set to become an unrestricted free agent on July 1.

Hagelin was a sixth-round pick (168th overall) by the New York Rangers at the 2007 NHL Draft. He was traded twice in 2018-19, going to the Kings in exchange for Tanner Pearson and then flipped to the Capitals for two picks.

He is coming off a four-year, $16 million deal.