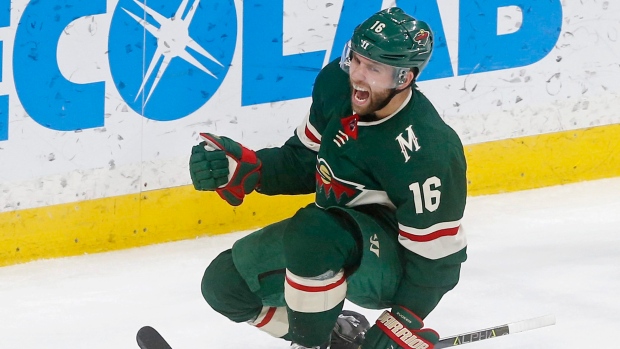 The contract comes with an average annual value of $5.5 million.

Selected by the Wild in the second round of the 2010 NHL Entry Draft, Zucker has scored 97 goals and 75 assists over 330 career regular-season games in the NHL.

The native of Newport Beach, Calif., has four goals and four assists over 31 career playoff games.

Zucker is coming off a three-year, $2.5 million deal.