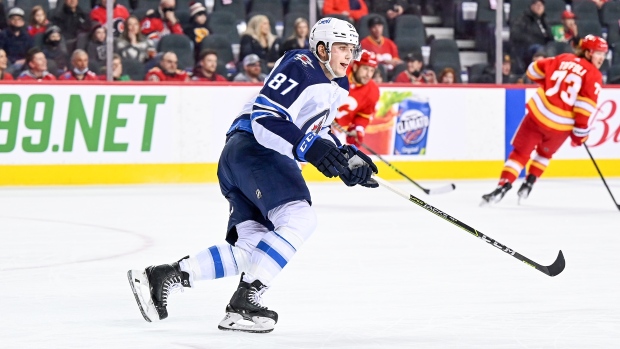 WINNIPEG — The Winnipeg Jets have inked forward Kristian Reichel to a two-year, two-way contract with an average annual value is US$750,000.

The six-foot, 168-pound Czech centre has also played 26 games for the Manitoba Moose of the American Hockey League this season, putting up five goals and seven assists.

Reichel originally signed with Winnipeg as an undrafted free agent in June 2020.

He has represented the Czech Republic at two world junior championships, helping his country to a fourth-place finish in 2018.

Reichel is the son of former NHLer Robert Reichel, who played 830 games over 11 seasons in the league and helped the Czechs to an Olympic gold medal in 1998.