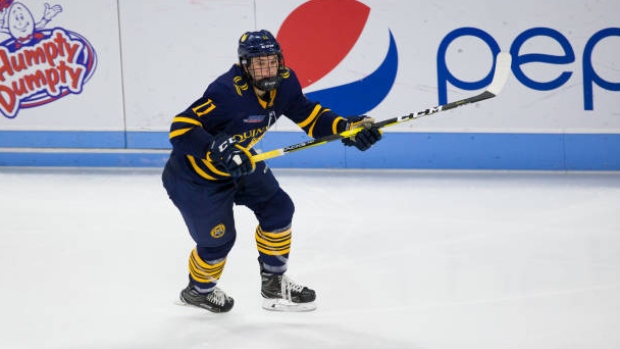 Bongiovanni has signed an amateur tryout contract with the Manitoba Moose, who he will join for the remainder of the season.

The 22-year-old Bongiovanni recently completed his senior season with the Quinnipiac Bobcats in the ECAC where he had 16 goals and 18 assists in 42 games.

He captained the Bobcats in 2021-22 and led the team in goal scoring for the second time in the past three seasons.

Bongiovanni played 123 games over his four seasons with the Bobcats with 50 goals and 40 assists.

This report by The Canadian Press was first published April 16, 2022.