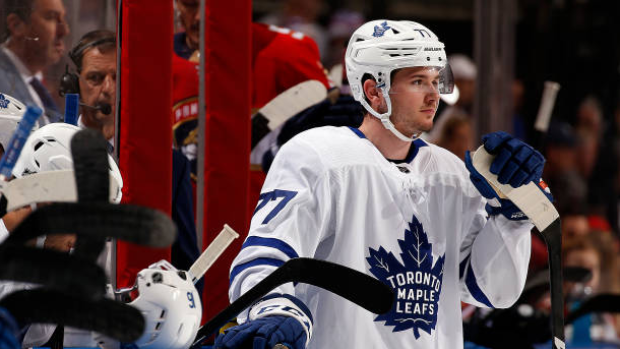 Forward Adam Brooks returns to the Toronto Maple Leafs after the team claimed him off waivers from the Vegas Golden Knights on Wednesday.

Brooks, 25, scored two goals in seven games with the Golden Knights before he was placed on waivers on Tuesday.

The Winnipeg, Man. native started the 2021-22 campaign in the Maple Leafs organization, but was placed on waivers prior to the regular season and was claimed by the Montreal Canadiens on Oct. 11.

Brooks had one assist in four appearances with the Canadiens before he was claimed off waivers by the Golden Knights on Nov. 17.

The 6-foot-0 forward was drafted 92nd overall in the 2016 NHL draft by the Maple Leafs.

Brooks has six goals and 11 points in his 29 game career split between the Maple Leafs, Canadiens, and Golden Knights.