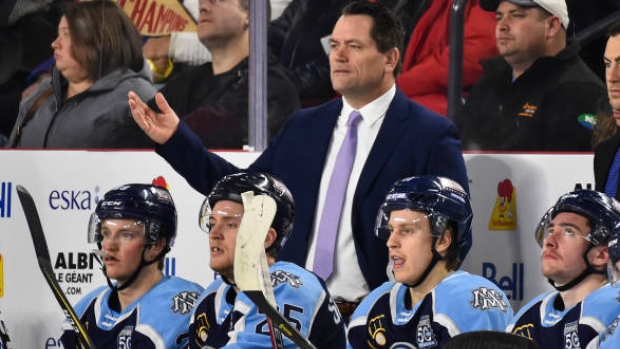 Under Taylor's guidance, the Admirals finished with a 41-14-8 record and captured the Macgregor Kilpatrick Trophy as regular-season champions in a campaign cut short by the COVID-19 pandemic

Milwaukee, the top minor-league affiliate of the Nashville Predators, allowed a league-low 2.24 goals per game and ranked seventh in scoring with 3.35 goals per game.

A 49-year-old native of North Bay, Ont., Taylor joined the Admirals as head coach on June 29, 2018, following four seasons as an assistant with the Texas Stars, where his teams reached the Calder Cup playoffs three times and made a trip to the final in 2018, where they lost in seven games to the Toronto Marlies.