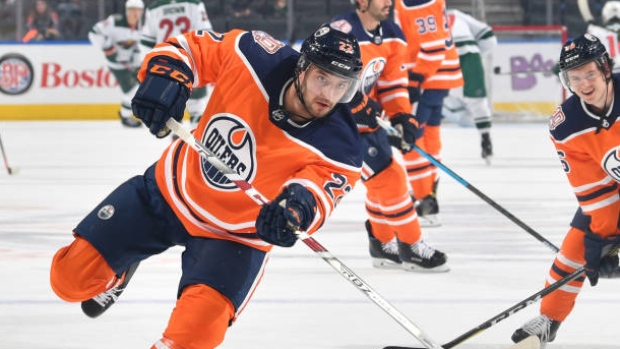 "I am totally astonished and disappointed that the president of an NHL team can make such a callous and reckless statement about a player," Ferris told TSN's Ryan Rishaug. "This is unacceptable.”

Comment from Rieders agent Darren Ferris. “I am totally astonished and disappointed that the president of an NHL team can make such a callous and reckless statement about a player. This is unacceptable.”

Speaking at a breakfast to season ticket holders, Nicholson didn't mince words about Rieder's play and his future.

"Toby Rieder will not be signed by the Edmonton Oilers at the end of this year," Nicholson said on Thursday morning. "Toby was a player that other teams wanted. He came here for one year because he wanted to play with Leon Draisaitl who he plays with on the German national team. He thought if he wasn't playing with Leon he'd be playing with Connor [McDavid], he'd score 15-to-16 goals, and instead of making two million he'd sign a four-year deal [extension] at three and a half million. Toby Rieder hasn't scored a goal. Toby Rieder has missed so many breakaways. If Toby Rieder would have scored 10 or 12 goals, we'd probably be in the playoffs."

Nicholson has since said he made a mistake when making the comments.

"He told Toby Rieder a short while ago in a conversation he had with his forward, that he stepped out of bounds," TSN Insider Darren Dreger said on Insider trading.  "According to Nicholson, they laughed about it."

Bob Nicholson just spoke with Toby Rieder. He apologized for his comments criticizing Rieder at a season ticket event. Nicholson said he “stepped out of bounds”. Hoping they can all move on.

Ferris' latest remarks suggest not all sides have put the incident to rest.

Rieder did not speak following the Oilers 4-1 victory over the Columbus Blue Jackets Thursday and will address the media on Friday.