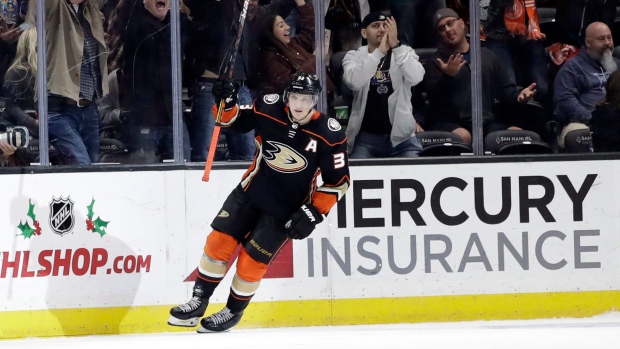 The Anaheim Ducks announced on Friday that forward Jakob Silfverberg underwent surgery for femoroacetabular impingement and to repair a torn labrum in his right hip the previous day.

Silfverberg, 30, is expected to be out for the next four to six months.

"Jakob is a great teammate and leader in our locker room," said Ducks general manager Bob Murray in a statement. "He did everything he could to continue playing, but after two years dealing with this issue, now is the right time to help him get to 100 percent. He has been an impactful player in all situations for us, and we are confident he will return to full health by next season."

A native of Galve, Sweden, Silfverberg is in his ninth NHL season and eighth with the Ducks.

In 47 games this season, Silfverberg has eight goals and eight assists.

Originally taken in the second round of the 2009 NHL Entry Draft by the Ottawa Senators, Silfverberg was acquired by the Ducks in the summer of 2013 as part of the deal that sent Bobby Ryan to the Senators.