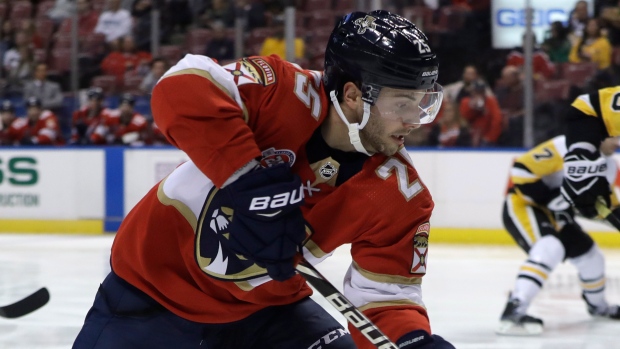 The Colorado Avalanche have acquired forward Derick Brassard and a conditional sixth-round pick from the Florida Panthers in exchange for a 2020 third-rounder.

The full deal: Brassard and a conditional sixth RD pick in 2020 to Colorado in exchange for a third-round pick in 2020. If Brassard re-signs with Colorado, the Avs no longer get the sixth-round pick from Florida.

If Brassard re-signs with Colorado, the Avs no longer get a sixth-round pick in the deal.

This is the second time Brassard has been traded this season. Earlier this month, Brassard was traded from the Pittsburgh Penguins with Riley Sheahan along with draft picks to the Panthers in exchange for Nick Bjugstad and Jared McCann

In 50 games so far this season, Brassard has 10 goals and nine assists, down from his total of 21 goals from a season ago.

The 31-year-old was selected No. 6 overall in the 2006 NHL Draft by the Columbus Blue Jackets and has also spent time with the New York Rangers and Ottawa Senators.

The Avalanche, who have won four straight games, sit one point back of the Minnesota Wild for the final wild-card spot in the Western Conference and have one game in hand.

Colorado will host the Panthers on Monday night.