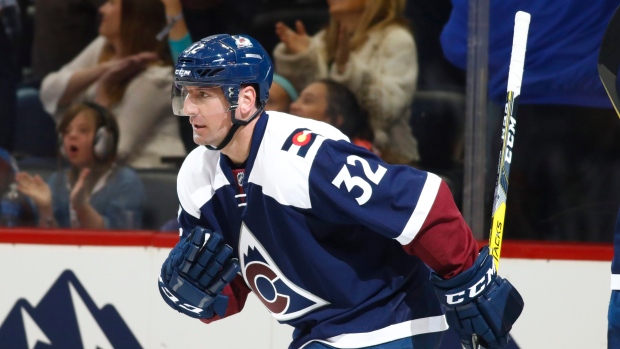 The Colorado Avalanche have opted to buy out the final season of Francois Beauchemin's contract with the team.

Beauchemin owned a no-move clause and the team would have had to protect the defenceman in the Vegas expansion draft had he not been bought out.

His agent, Bob Sauve, told TSN Hockey Insider Pierre LeBrun that Beauchemin was never asked to waive his no-movement and was informed of the buyout on Wednesday night.

The 37-year-old scored five goals and added 13 assists in 81 games with the last-place Avalanche this season. He finished third on the team in time on ice with 21:31 and was one of only three players to dress in 80 or more games.

TSN Hockey’s protection list projection for Colorado listed the Avalanche protecting eight skaters instead of the seven-three-one approach. Erik Johnson, who also owns a no-move clause, Beauchemin, Tyson Barrie and Nikita Zadorov were projected to be protected on defence. Nathan MacKinnon, Matt Duchene, Gabriel Landeskog and Carl Soderberg are the forwards projected to be protected. The team could now use their extra spot to protect Mikhail Grigorenko.

Over 836 career games, Beauchemin owns 73 goals and 198 assists in his NHL career. He was selected in the third round of the 1998 NHL Draft by the Montreal Canadiens.