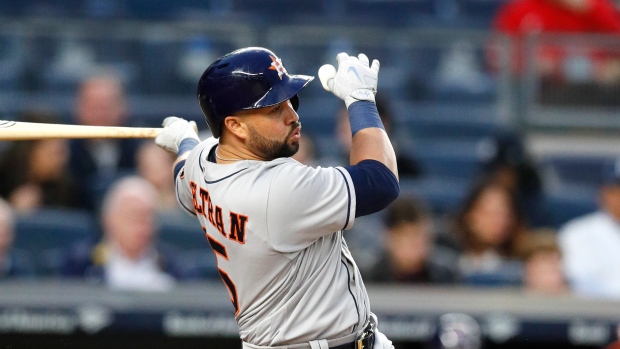 Carlos Beltran is going out on top. After 20 years in the MLB, Beltran finally won a World Series with the Houston Astros last season and on Monday the 40-year-old announced his retirement from the game of baseball.

Beltran officially announced his retirement in an essay on The Players' Tribune writing that he knew this past season would be his last.

"At the beginning of this year, being in Houston while my family was in New York, it was the first time I've been away from my family for months," Beltran said in his first interview since announcing his retirement. "I told [my wife] Jessica I really missed the family and I wanted to be with them, so I was really contemplating retirement after this year. I said, 'Hopefully we can get to the World Series and win the World Series, so I can go home on a happy note.'

When the family came to Houston for the summer, I told Jessica, 'This will be my last year for sure.' I couldn't be away from my family for such a long time anymore."

The veteran outfielder returned to Houston, where he played half a season in 2004, on a one-year, $16 million deal and got the happy ending he wanted. The Astros won the World Series in seven games over the Los Angeles Dodgers.